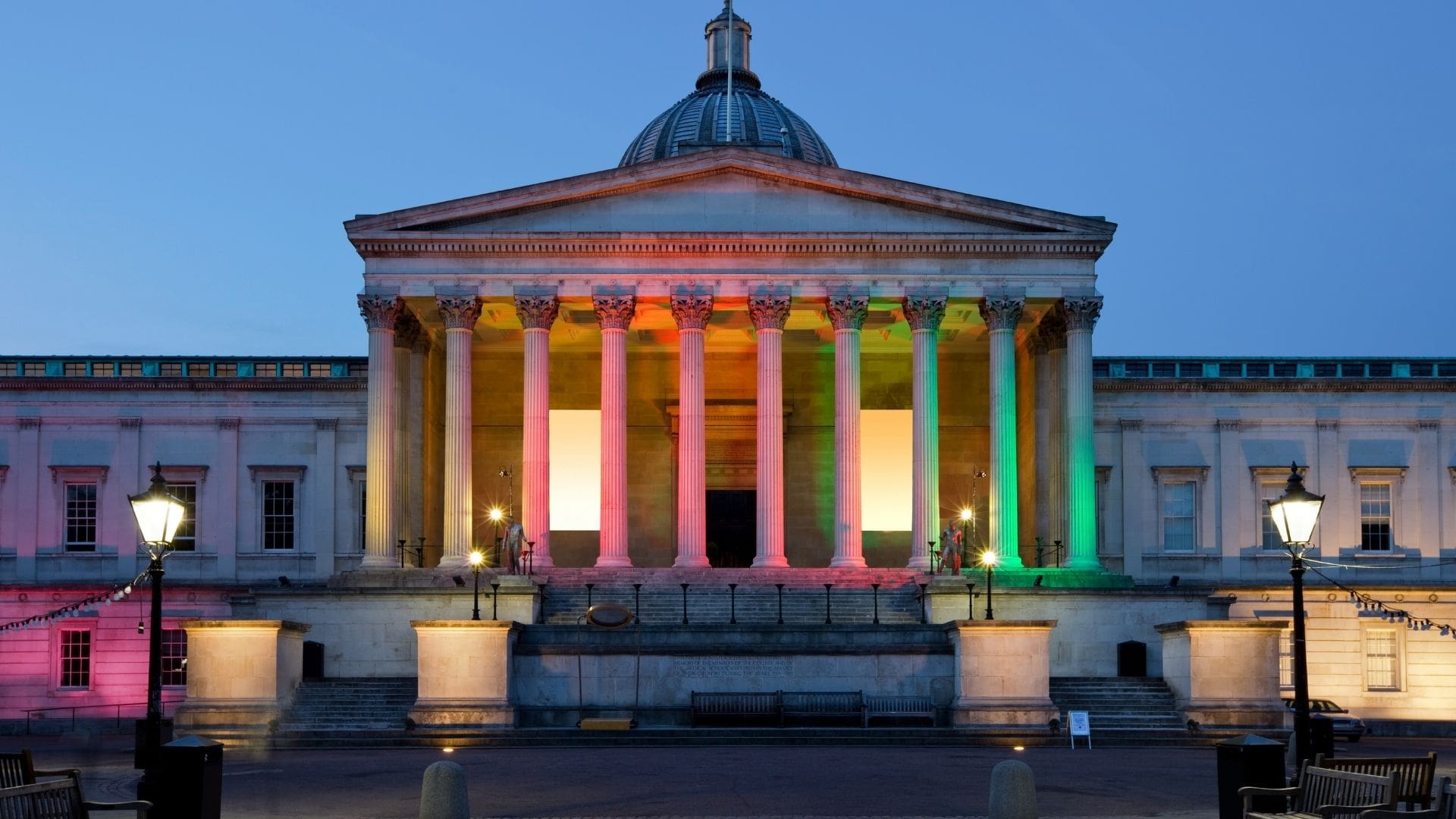 Are you looking for the best UK university for economics? Economics studies how money, industry, and trade organise society. As an economist, you’ll be responsible for figuring out how to best allocate resources by considering risks and benefits.

Developing government policies will be your forte because you understand the critical theories and techniques needed for policy-making. Do these interest you? Then it’s high time for you to search out which university in the UK suits you.

And if you want further insight before applying to economics at university, check out our economics summer schools taught by university tutors! The university you choose will have a tremendous impact on your future career. So check out this post and select the school that fits your long-term plans.

Cambridge’s high educational standards helped raise over 110 Nobel Prize Laureates. Who knows, you might be next! The University of Cambridge gets into this list because it provides a solid foundation in pure and applied economics.

The course’s integration with mathematics, statistics, history, sociology, and politics leaves you well-rounded for future employment. It’s no wonder that 91% of the graduates from Cambridge University are employed or enrolled in further study within 15 months of graduating. Those who are employed earn an annual salary of £50,000.

But, it’s one of the hardest to get into, and that’s why your a-level choices for economics degrees are really important.

The University of Oxford is the oldest in the English-speaking world and is one of the world’s leading academic institutions. The Times Higher Education World University Rankings has named it the Best University in the World for six consecutive years!

The University of Oxford has a great economics course, with the Economics Department ranking highest in the UK! Their goal? To use research in improving public and economic policy worldwide. How do they plan to do that? By raising the next generation of influential economic leaders. You could be one of them!

Not only that, you may be excited to discover that 90% of Economics graduates from Oxford are employed or enrolled in further study.

Those employed earn an average salary of £35,000 after 15 months. So if you’ve achieved AAA in your A levels and AA in your Advanced Highers, why not try your luck by applying for the University of Oxford?

Imagine studying at a university that specialises in the course you want to take! Such is the London School of Economics and Political Science (LSE). It’s one of the top social science universities globally located in Central London. LSE’s motto is “to know the causes of things” to improve society.

The QS Subject Rankings 2021 proclaims LSE as no. 1 in Europe and no. 2 in the world. Plus, the school intends to build an inclusive and equitable community for its teachers and students.

If you’re passionate about research, you may be delighted to know that about 97% of LSE’s academic efforts are integrated with research. Doing so allows you to apply your learning to solve real-world problems. By understanding causes and solutions, you are well on your way to creating a significant impact in society.

The University College London (UCL) is London’s oldest, largest, and brightest! The QS World University Rankings 2022 places UCL eighth in the world. According to the Research Excellence Framework, UCL is Top 1 in research strength within the United Kingdom.

UCL is one of the top ranked universities in London for economics because of its notorious world-leading research. The Research Excellence Framework 2014 gives UCL’s Economics Department the highest rating in the UK.

If you study economics at UCL, your educators are the very ones who deliver lectures to the UK’s Foreign, Commonwealth, & Development Office. So if you want to be part of a leading research community in London, consider UCL!

The University Of St. Andrews made history when The Times and Sunday Times Good University Guide 2022 ranked it No. 1 in the UK universities. It’s the first time in 30 years that a university other than Oxford or Cambridge made it to the top of the list.

The University of Glasgow was founded in 1452 and is still growing strong. It has produced over six Nobel laureates, one Prime Minister, and Scotland’s first female medical graduates.

Its economic expertise includes macroeconomics, microeconomics, international finance, and more. So if you want to indulge in any of these, you will benefit from enrolling in this prestigious university.

Durham University is all about inspiring people to do outstanding things. With the Guardian Good University Guide 2022 ranking it as the Top 5 in the UK, you can tell it is outstanding! The Destinations of Leavers from Higher Education survey 2016 and 2017 even ranks it as having the highest graduate employment rate than any other UK University.

Guess what its employment rate is? A whopping 97.9%!

So, if you’re looking for favourable career prospects for economics degrees then Durham is a great choice. If that’s not enough, Durham University has also been awarded Gold Status on the Teaching Excellence Framework for consistently delivering outstanding teaching, learning, and student outcomes. The Complete University Guide 2020 gave it 7th place for Economics!

If you study economics at the University of Durham, you’ll learn the fundamental techniques and theories you’ll need to kickstart your career in economics. If you’re looking for an outstanding economist with high career support, go for Durham University!

The National Student Survey reports that the University of Warwick Economics department has a highly-rated 83% student satisfaction rate. Plus, 97% of its graduates are employed or enrolled in further study within six months after graduation. Furthermore, those employed have an annual average rate of £32,000.

Want more? The University of Warwick is one of the top UK universities for economics and the Good University Guide ranked its Economics department 2nd in the UK. The QS World University Rankings 2021 ranked it 25th in the world.

The University of Warwick’s Economics department is also dedicated to diversity and inclusivity, emphasising research. What more could you ask for?

There are plenty of universities that excel in Economics so we wanted to list a few which may not have made the top 8, but are definitely worthy of a mention.

The University of Nottingham consistently places in the top 10 in the UK for undergraduate economics. Its economics graduates generally go on to successful careers taking jobs at places like Goldman Sachs and Deloitte.

Another one which makes the list is Bristol and is another one with a strong reputation for research excellence in economics. The university has a dedicated economics department that offers a range of undergraduate and postgraduate courses. Bristol’s economics graduates have a high employability rate which shows firms think highly of their graduates.

The University of Manchester shouldn’t be a surprise on this list, it has a great social life and a diverse student population.

Edinburgh is a wonderful university in Scotland and consistently ranks in the top 10 places for Economics. It’s a stunning university and its Economics department is highly regarded. If you’re looking for something a bit different to a London university then dive further into what they offer.

Is economics a good degree in the UK?

Yes, Economics is a good degree in the UK and is considered in high demand as companies look for skilled employees. Compared to other degrees, economics tends to be highly quantitative, providing students with strong analytical and problem-solving skills which are highly sought after.

How Competitive Is An Economics Degree In The UK?

The competitiveness of an economics degree in the UK depends on which university and specific course you’re applying to. For example, at the University of Cambridge, the Department of Economics ranks in the top 3 most competitive courses with only 11% of the 1500+ applicants getting through.

In general, economics is a popular and competitive degree, with many applicants vying for a limited number of spots in top programs.

Which University Stood Out To You?

The university you choose can make or break your career. Remember to consider which school aligns with your values and personal goals. If you’re looking for the best research, perhaps you’d want to consider the University College London. Are you passionate about looking for the cause of things? Try exploring The London School of Economics and Political Science.

If you’re looking to level up against your competition in education, then Immerse Education offers award-winning Economic summer schools in locations such as Cambridge, Oxford and London.

After reading through the best universities for economics, which are your top 3 choices? We at Immerse Education wish you the best of luck! 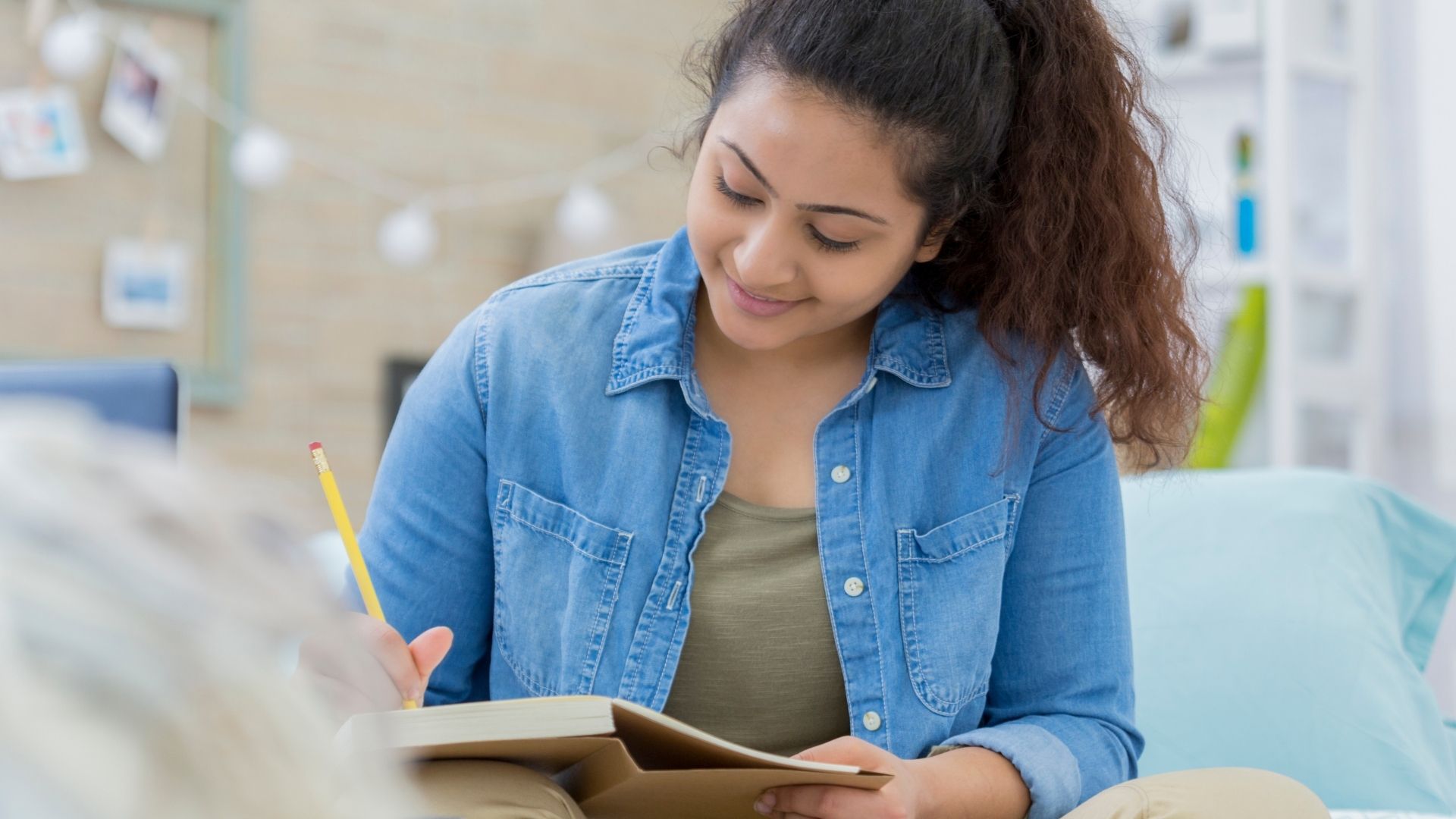 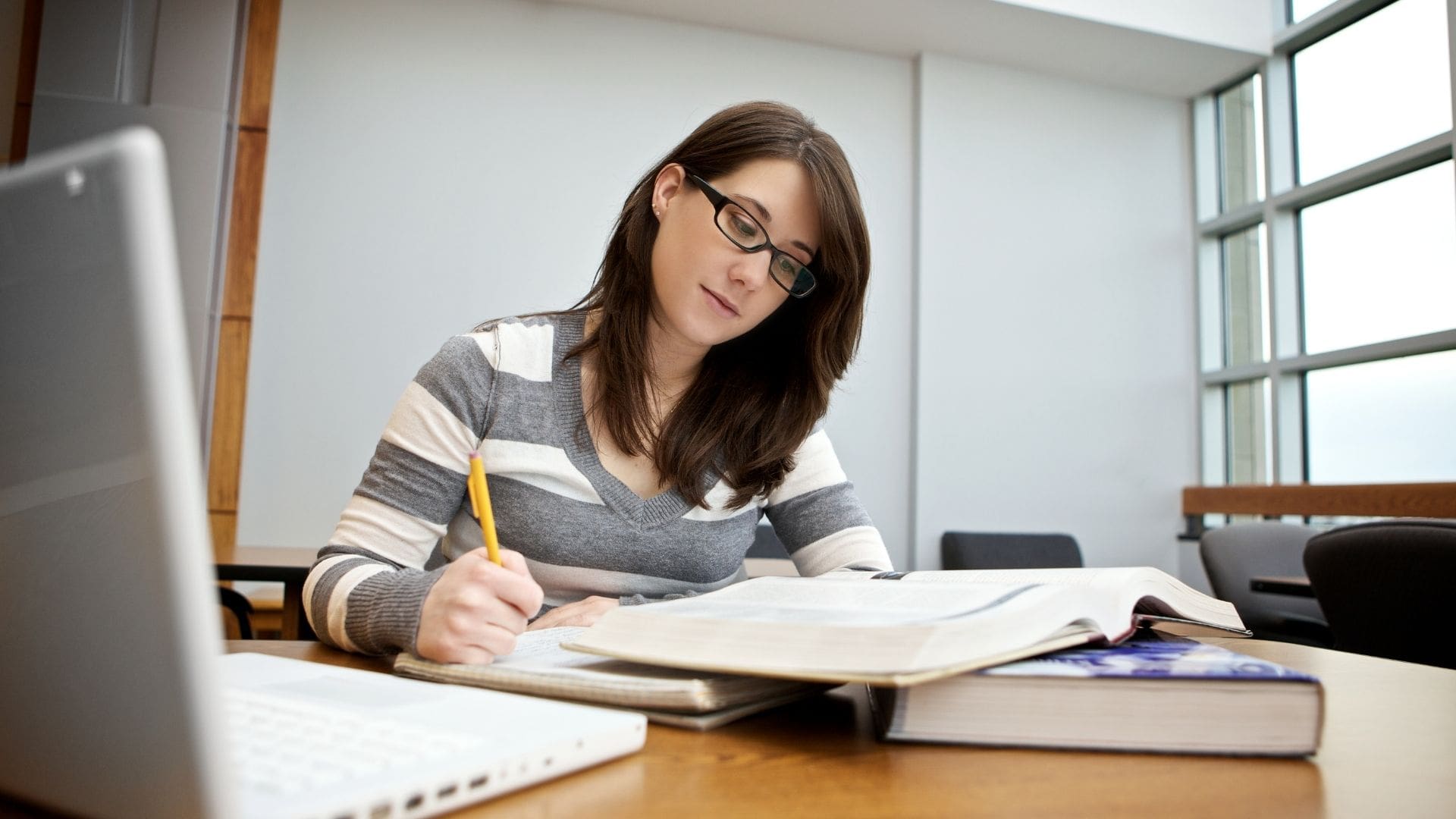 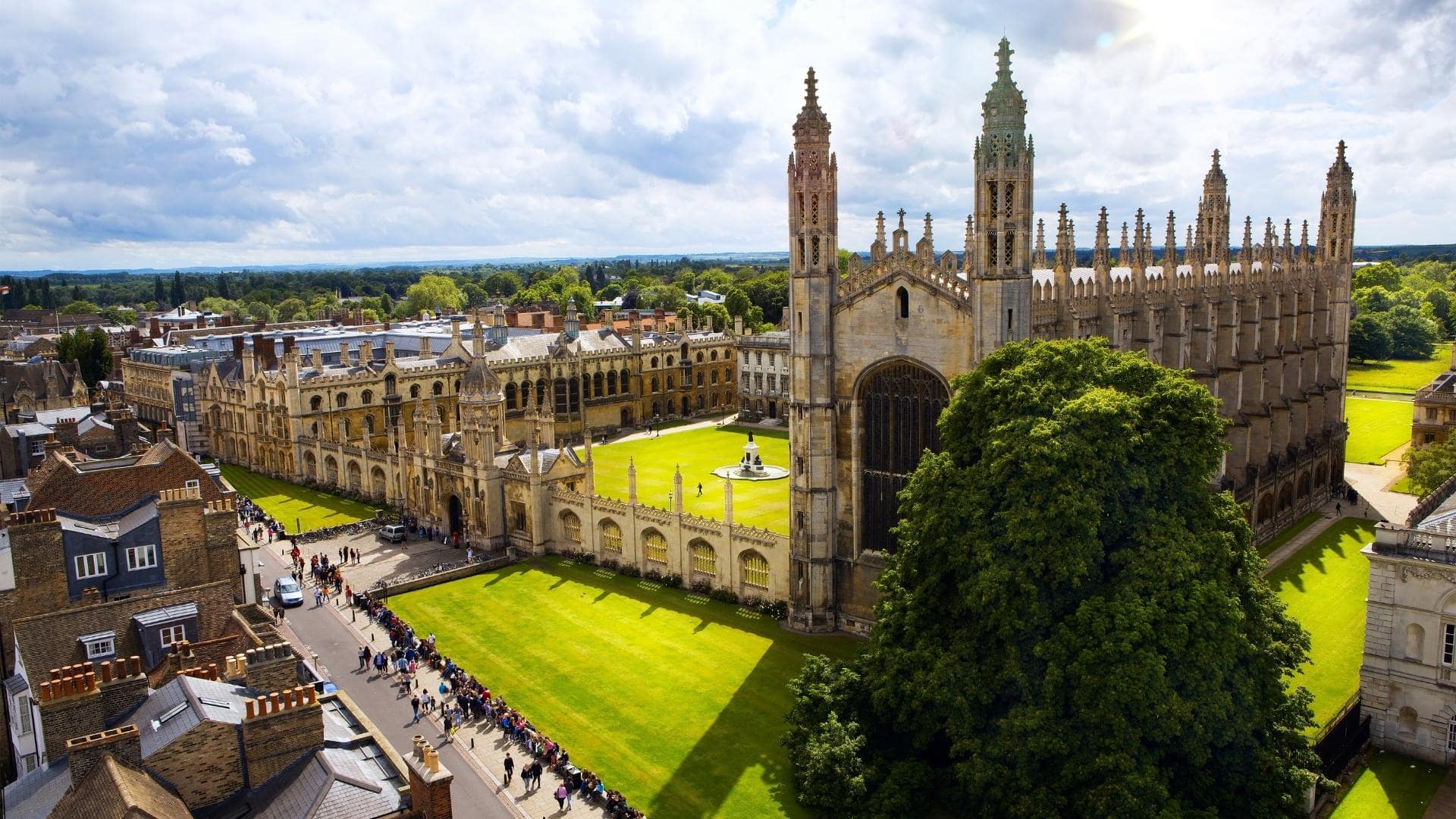 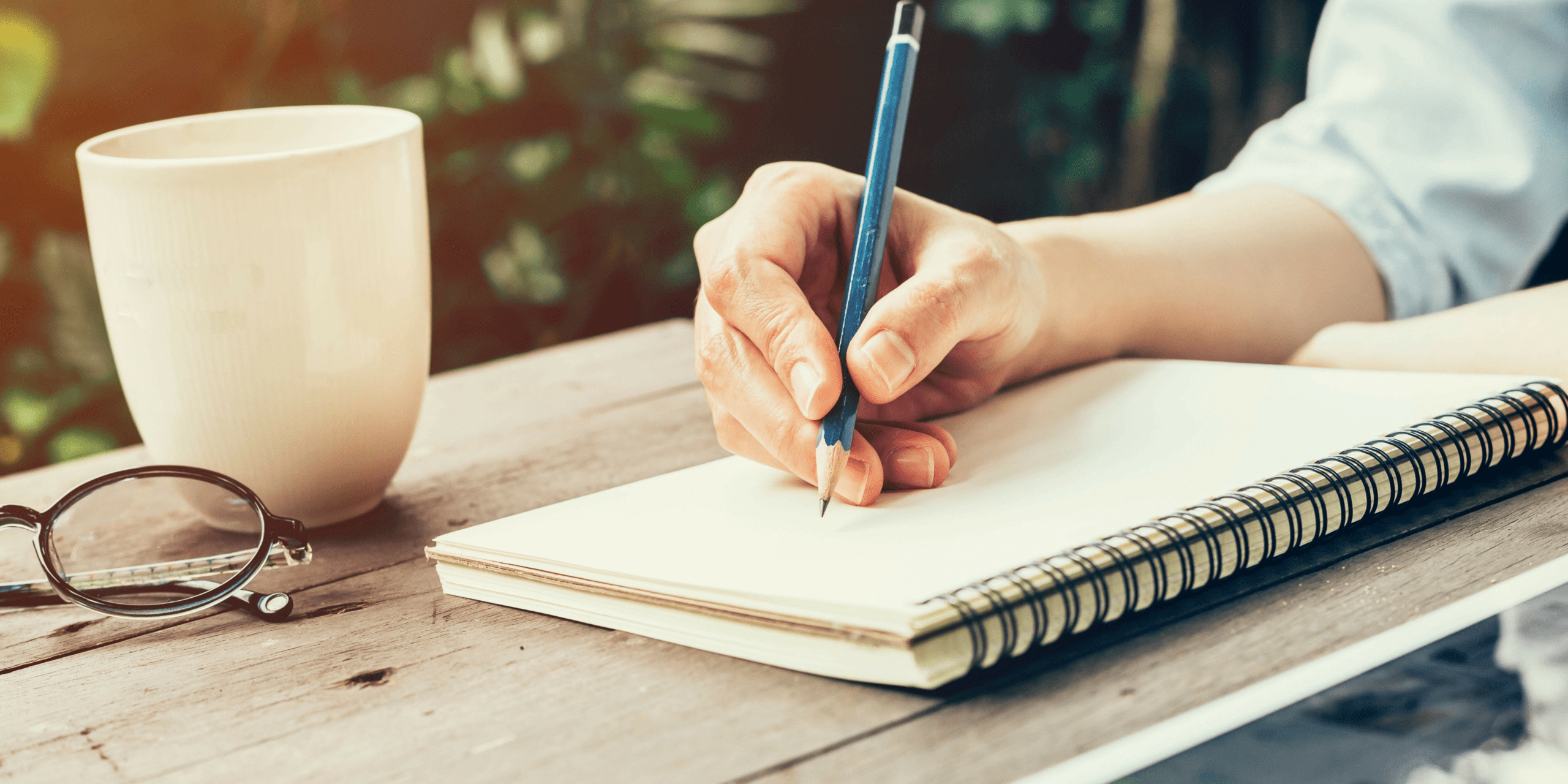 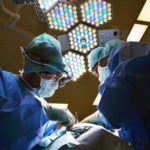 Why You Should Be a Doctor: Top 10 Reasons to Study Medicine

“Why medicine?” It’s a pretty difficult question. Whether you’re thinking of a career in medicine, your personal statement or preparing for an interview, it’s sometimes hard to articulate exactly why the medical field is so attractive. I’ve been living the medical student life for four years and I still struggle to put it into words! So, it’s […]