Why Study Philosophy at University? Some Thoughts Before You Start 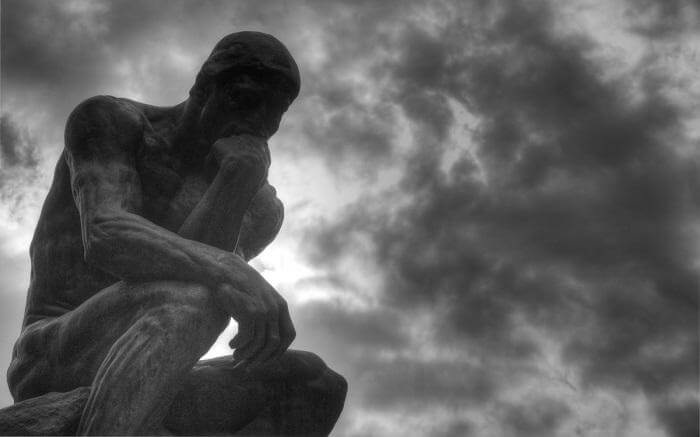 Back
Table of Contents
1 “Don’t go chasing waterfalls, please stick to the rivers and the lakes that you’re used to” – TLC
2 “Ticking away the moments that make up a dull day. Fritter and waste the hours in an off-hand way” – Pink Floyd
3 “De do do do de da da da, they’re meaningless and all that’s true” – The Police
4 “Turn and face the strange ch-ch-changes” – David Bowie
5 The Myth
5.1 Attend a Pre-University Course in Philosophy

I don’t think philosophy is ‘easy’ for any students. Its reputation for being the most rigorous realm of study doesn’t come from anywhere.

From your pre-Socratics to your post-structuralists (we’ll get back to that later), you will be thrown into the deep end of the pool of human thought through the ages.

There is no purer arm of academia than philosophy, and being a student of philosophy should be a proud endeavour.

It’s not easy, but it isn’t meant to be. It’s meant to be curious but also critical. So approach it with openness, allowing it to challenge your assumptions about life and the world.

Your skills of analysis and communication will develop you from a nervous though excited university student-to-be into an incisive thinker, reader, and inquisitor.

“Don’t go chasing waterfalls, please stick to the rivers and the lakes that you’re used to” – TLC

While there’s not necessarily anything wrong with chasing waterfalls, it’s good to be humble and intellectually honest.

You will find, unless you are some sort of ubermensch (you’ll get to Nietzsche at some point), that you’ll have your strong fields and your slightly weaker areas.

We all have different minds, and we all won’t be getting distinctions for philosophy of mind and that’s fine.

You should be open to as many modules as your degree will allow, but you will soon suss out whether your mind best assimilates the works of Descartes or Derrida.

A humble attitude towards the material that strains your natural cognitive preferences will get you far.

“Ticking away the moments that make up a dull day. Fritter and waste the hours in an off-hand way” – Pink Floyd

Time is of the essence, time precious time, and so on.

Managing your time well is essential for any degree, but in a philosophy degree, it is particularly prescient for the reason that you’ll have loads of it…to yourself.

In all seriousness, philosophy undergraduate degrees tend to have very few contact hours. You have lecturers and seminars, of course, but everything else is pretty much all up to you.

You will be expected to develop an independent style of, not just thinking, but working.

The quality of your research, the reading, the writing, the seminar preparation, and everything in between will depend on a mix of your natural talent and interest, as well as pure application.

Sure, you’ll hopefully come across helpful lecturers and academics.

You might even form academic bonds with them down the line if you show independent application.

But that has to come from the student, not the teacher.

As a suit at the University of Manchester infamously said: “We are obligated to give you a degree, not an education”.

Life is about educating yourself, and this is the most relevant lesson in philosophy degrees.

“De do do do de da da da, they’re meaningless and all that’s true” – The Police

A lot of what you’ll be given to read will go over your head at first.

Either that or it you’ll find it so mind-numbingly dull that you’d rather be trephining that undergraduate skull of yours. Don’t worry, secondary reading exists.

Not too keen on Kant?

I “Kant” believe I’m saying this but that’s perfectly fine, because there are dozens upon dozens of philosophers who have been over the years, and they’ve probably written about Kant better than Kant.

And another thing, you’ll most likely have no choice in doing a module on critical thinking, or some sort of introduction to logic.

If you’re doing philosophy because you like expressing and communicating thoughts like a Sartre or a Camus, you may loathe this module immediately.

Truth tables, tautologies, fallacies…they can be a bit of a drag to learn but they’re quite fundamental to philosophical education.

Equally, if you don’t know your necessary conditions from your sufficient conditions and you’re a prior synthetic from your a posteriori analytic, you might have a hard time.

Learning philosophy can be like learning a new language, and patience is key in both endeavours.

I don’t think anybody goes through university, particularly after 3 years of philosophy, without having changed somewhat.

Be it your work ethic, your values and bias, your intellectual scope, even your communication skills. You will develop if you’re open to developing.

You don’t necessarily have to ‘change’ your mind. Indeed, you shouldn’t think that you must to have any chance of making the process worthwhile.

But you should definitely be prepared to change your mind.

If your mind is not very much changed insofar as your values and opinions, you’ll learn how to best defend them against legitimate criticism, understand why others hold different positions, and how to advance your position to others in a productive way.

These are the most valuable skills that a philosophy degree will provide if only you integrate them. This brings me to –

The myth of uselessness. It is commonly attributed to a philosophy degree.

You’ll hear, or perhaps say to yourself with a dose of self-awareness, ‘I’m going to be unemployed after this course’.

Now, given the state of the economy, that is entirely possible. But it is possible for all debt-saddled students like yourself.

Philosophy degrees are highly valued due to the aforementioned critical and analytical problem-solving skills that it entails.

Corporations of various kinds are looking to philosophy graduates positively, as might think tanks, media firms, and maybe even political parties if you’re that way inclined.

The point is that you shouldn’t feel like you’re handing yourself in to 3 years of hard graft to be utterly destitute purely as a result of your interest in philosophy at a degree level. At the end of the day, you could just convert to Law if all else fails, right? Joking aside, a philosophy degree is not for everyone.

But if it is for you, you should absolutely go for it.

Attend a Pre-University Course in Philosophy

Interested in pursuing Philosophy at the university level? Learn how philosophers like Socrates, Nietzsche and many more investigated existence, knowledge and reason by attending our award-winning Philosophy Summer School.