Residential programmes
The ideal youth Film Studies course in the heart of Oxford. Dive into the world of the moving image and learn what it takes to write about and make captivating visual experiences. Taught by exceptional filmmakers, the Immerse Film Studies programme offers a unique insight into the history of the cinematic medium and the opportunities that lie in wait for the young filmmaker and scholar.
An invaluable experience
Download
Need some help?
Contact us 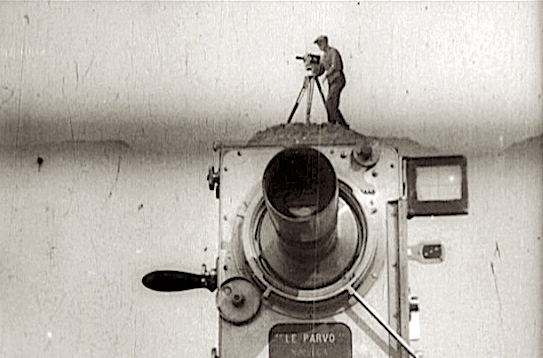 Academic Insights • 13-15 years old
Academic Insights
Oxford
13-15 years
The Immerse Film Studies programmes is the ideal introductory course to film theory taught in the heart of Oxford. Participants will dive into the world of the moving image and learn what it takes to write about and make captivating visual experiences. Taught by exceptional filmmakers, the Immerse Film Studies programme offers a unique insight into the history of the cinematic medium and the opportunities that lie in wait for the young filmmaker and scholar.
16-18 years old

Academic Insights • 16-18 years old
Academic Insights
Oxford
16-18 years
The ideal youth Film Studies course in the heart of Oxford. Dive into the world of the moving image and learn what it takes to write about and make captivating visual experiences. Taught by exceptional filmmakers, the Immerse Film Studies programme offers a unique insight into the history of the cinematic medium and the opportunities that lie in wait for the young filmmaker and scholar.
Reviews
Hear from other students
"

The Immerse Creative Writing programme has been great. Lesson times are a perfect 2 hours in the morning, 2 hours in the afternoon, with lots of time to go and experience the town and have activities in the evenings.

I’ve really enjoyed being around people who have the same interests as me. Being able to share opinions and listen to feedback has been really valuable.

My tutor has been great. He’s very passionate about writing and he’s very engaging with the class. He listens to all our thoughts and our opinions on everything that we study – he’s been brilliant.

The curriculum is nothing like I’ve ever seen before, which is great. It’s nothing like what I do at school, which means I have the ability to experiment, and learn new things and along the way just improve my general skills. 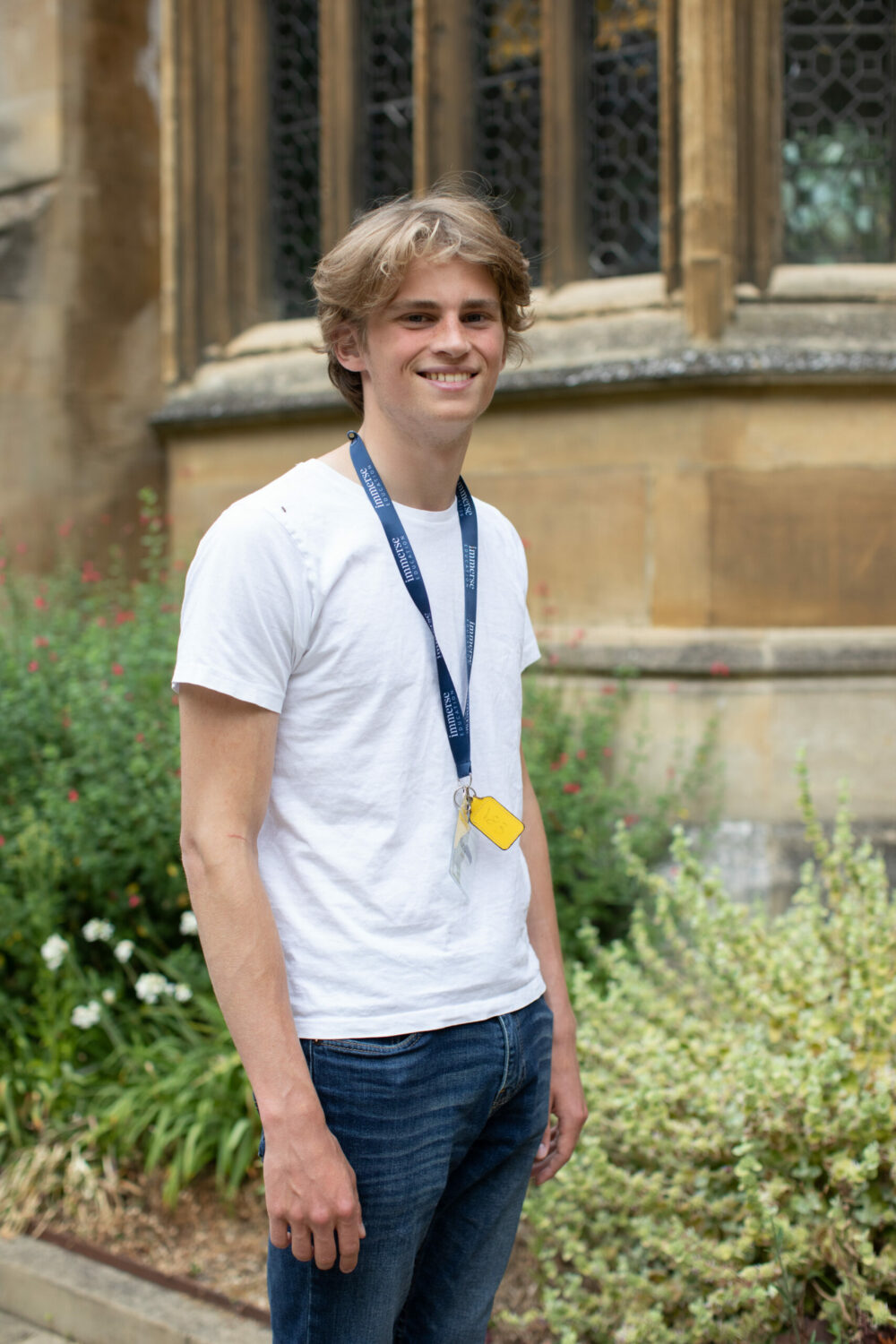 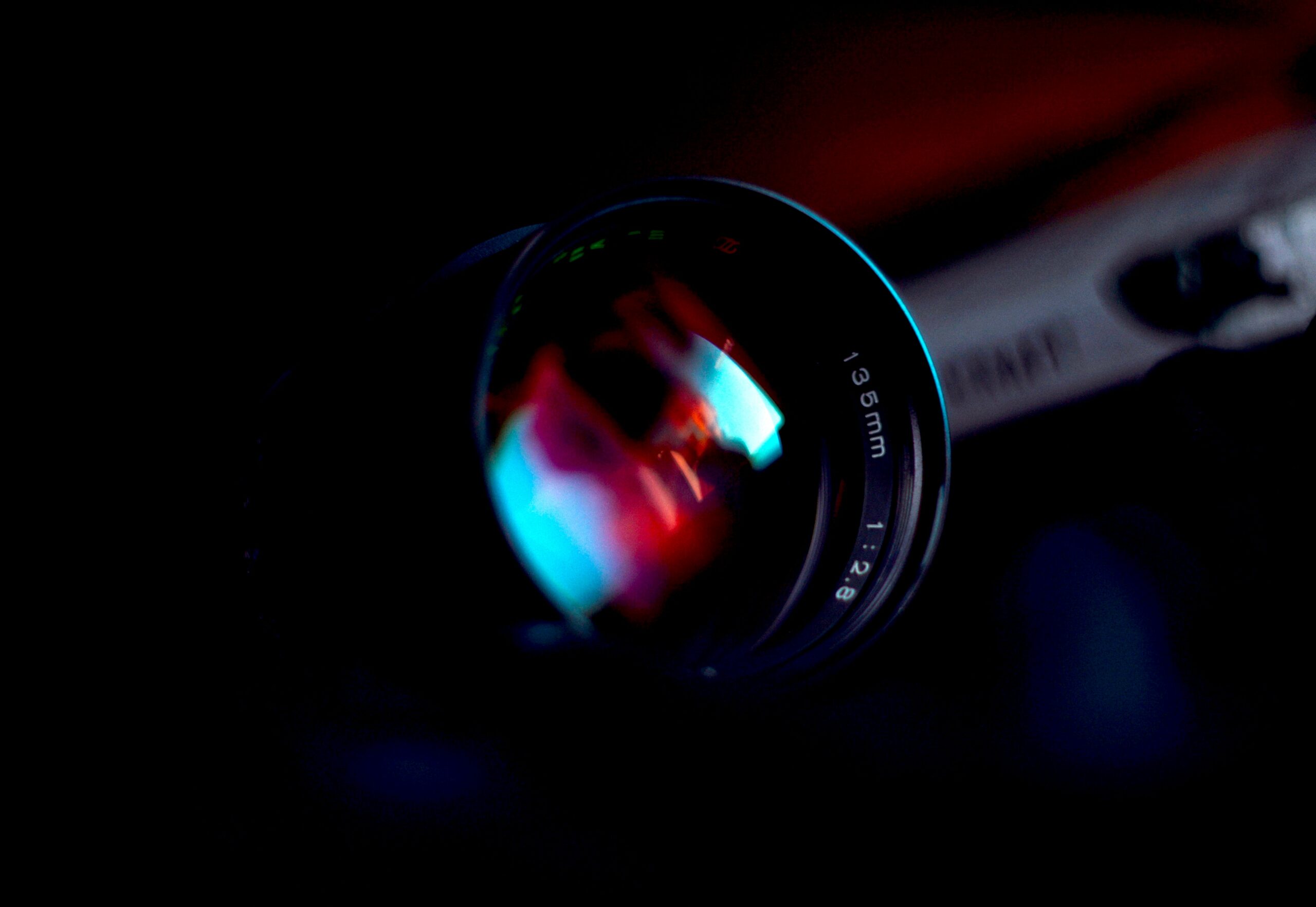 From the cinema to the television to the phone in your pocket, we are surrounded by moving images. The Immerse Film Studies programme explores the rich history of the moving image and gives budding film scholars and filmmakers the tools to examine the essential characteristics of the cinematic medium.

Students trace the history of the moving image, from medieval camera obscuras and magic lantern shows, through to IMAX films and virtual reality experiences. We learn how to interrogate the film viewing experience using precise technical language regarding camera movement, lighting, and editing techniques, before deepening this analysis with perspectives from philosophy, psychology, and historical and cultural studies. Throughout the course, participants augment their theoretical understanding by creating short films alongside professional guidance and feedback from their expert tutor.

Have you got a question about our film summer camps?

What is Film Studies?
Film studies are the academic discipline that deals with the critical analysis of cinema, from film theory and cinematic history to its cultural and socio-political significance. Students use history, psychology, and philosophy perspectives to deepen their analysis.

Why is it important to study Film Studies?
Because of the tremendous influence film has on the modern world. You can hardly understand today’s society unless you look into the film and how it influences individuals and generations.

When you engage in Film Studies, you’ll be better at practising independent thought. This is because you can step back from the media and understand how it may influence your thinking and that of others.

From there, you’ll learn how the elements of cinema work together to achieve such influence. How colour, sound, images, and styles are essential in conveying an idea or message. These will help you develop your communication, writing, and critical thinking skills.

The US Bureau of Labor Statistics estimates a 29% employment growth for film and video editors and camera operators from 2020 to 2030. Resulting in 8,600 job openings. A faster than average growth rate!

Those employed in the Film Industry made an average yearly salary of $94,355 in 2015.
In the UK, a 2021 article from The Guardian reports that there will be a demand for 30,000 film and TV jobs. There is such a shortage in talent that ScreenSkills spent around £1.5bn to provide training. It will continue to rise to £6bn for the following years.

What are some of the Film careers available? These include film directors, cinematographers, film producers, editors, lighting technicians, and runners.

Immerse Education offers residential Film Studies at the city of Oxford, UK. Students stay in the prestigious colleges of Oxford University whilst learning all the film topics mentioned below.

You don’t need prior skills, experience, or learning for Film Studies. But having an active interest in film is, of course, helpful

Scene Analysis
Here you’ll learn how to write a short scene analysis. Practice how to strike a balance between necessary description and precise technical analysis. The goal? To forward an argument about a film experience.

This module will train you in using proper technical terms, including camera movement, lighting, and editing techniques. Plus, you’ll know how to draw from philosophy, psychology, and historical and cultural studies to conduct technical analysis.

By the end of this module, you’ll undergo discussions on effective research techniques and film essay formats. And using still frames when describing a scene.

The Screenplay
Screenplays can take many forms, from the high-budget Hollywood scripts. To the lyrical notes written by the independent filmmakers of the American and British Underground cinemas of the 1960s and 70s.

You’ll examine the purposes and conventions of each in this session. The discussions will revolve around the concept of contingency. How can you write about events that might not occur in front of the camera as you imagine them to?

Editing
At this point, you’ll have considerable content in your daily film journal. Now it’s time to arrange what you’ve gathered into a unified whole. Here you’ll learn to see editing as an extension of the filming process. To bring out concealed elements in the images, you need to continue reimagining and recreating.

Then you’ll take up the idea of the palimpsest. A palimpsest is a text that has often been written over. You can still see the original text underneath the additions. The same principle applies to film editing.

How did film editing evolve over the century? And what effect do present-day editing techniques alter the reality we record and the final images exhibited?

The Flow of Time
In “The Flow of Time”, you’ll study concepts by philosopher Henri Bergson and Russian filmmaker Andrei Tarkovsky and apply them to the editing process of your films. So you can sharpen your awareness of the rhythms and passing of time in your recorded images. Then, you can make the appropriate cuts. Thereby creating more compelling films.

The Film Studies course is best suited for motivated students ages 16-18. Are you looking to take up a film-related degree at the university? This course will help you get ahead of the competition.

If you want to learn from expert tutors at the University of Oxford, this course is for you!