How Fast Was The Concorde? (TOP Features Making It That Fast) 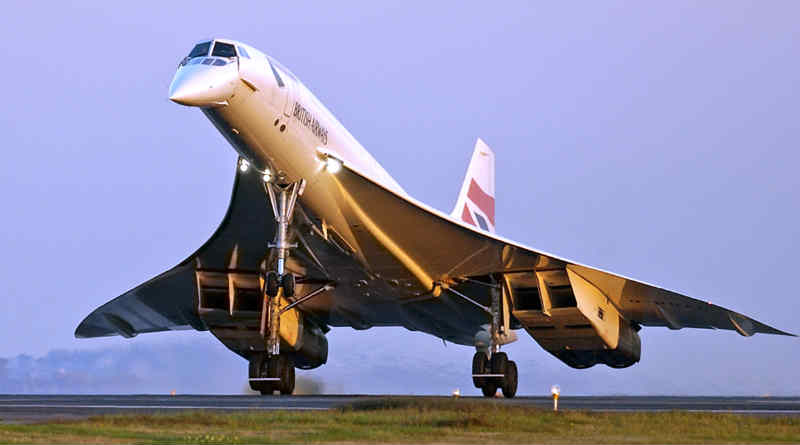 Back
Table of Contents
1 Reducing Drag
2 Lift
3 Engines
4 Fuel
5 Reflective Paint
5.1 The Future
5.2 Interested in becoming an expert in Engineering or on the Concorde?

The myth of an engineering feat that it is today – we all still want to know “how fast was the concorde”? Especially compared to today’s fleet of planes.

It often feels like there just aren’t enough hours in the day to do what we aim to do, and for business people, travelling all over the world from meeting to meeting, cutting down on travel time would seem like a tempting idea.

The world-famous Concorde was developed in the 70s as a very high-speed passenger plane to do just this, able to fly London to New York, faster than the speed of sound, in just under 4 hours!

It’s one of those moments in the history of physics that stands out!

Let’s examine the technology and science behind this engineering marvel which allowed it to perform such amazing feats, and then at the future of speedy travel.

Just looking at Concorde, you can immediately see differences from a standard plane.

The extremely pointed nose and swept-back wings both help to streamline the plane, to reduce the air resistance (also called drag) and so reduce the fuel consumption of the Concorde.

The shape of the wing called a “delta wing” also helped to stabilise the plane during flight, removing the need for stabilisers on the tail of the Concorde.

This was helpful as added horizontal stabilisers would have further increased the drag on the plane. The shape of the wing also helps create enough lift for the Concorde to fly.

If the parcel of air encounters a decrease in pressure, the back of the parcel will be subject to a higher pressure than the front.

This means there will be a net force pushing from the back of the air parcel towards the front, therefore causing the air to accelerate forwards.

This little example shows a very important result – when pressure decreases, speed increases and vice versa. Now we consider our same parcel, this time travelling around a curved streamline.

Where is this force coming from? There is nothing actively poking this air parcel to force it to go in a different direction so we can conclude this force must be another pressure force, caused by a pressure gradient.

This second example tells us that when air travels on a curved path, there must be some pressure gradient present.

These examples have given us 2 really important results:

1. When the pressure decreases, speed increases (and vice versa). This is Bernoulli’s principle.

2. When air travels on a curved path, there must be some pressure gradient present

Now we can think about a wing. When air meets a wing travelling through it, the air has to curve to get around it. This tells us that there must be some sort of pressure gradient across the wing. If we imagine a wing with high-pressure air on the bottom and low-pressure air on top, we can imagine that this will cause a net force upwards to be felt by the wing – this is lift!

Related Read: What Can You Do With A Physics Degree?

Returning to Concorde, the shape of the wings and the angle they meet the air at were chosen to maximise the amount of lift force created, while not making too much drag.

A key part of any vehicle is the engine. The location and type of engines on the Concorde’s were different from on other jets. Usually, engine struts are used to attach the engine to the body of the plane.

In Concorde, the engines were attached directly to the underside of the wings.

This was for two reasons.

When flying at supersonic speeds, the high velocity of the air flowing past the plane can cause damage and stress to the outside of the plane, therefore the struts would be likely to break if they were used.

There was something else special about Concorde’s engines. They used afterburners to generate maximum thrust from the engines. The afterburners would take the exhaust gases from the initial engines and burn them for a second time along with added extra fuel. This meant the engines could produce huge amounts of thrust, allowing Concorde to reach its mind-blowing speeds.

Where there are engines there is, of course, fuel. Concorde had a number of fuel tanks but, unlike other planes, they were used for more than storage. The fuel tanks were actually used to help achieve aerodynamic stability.

We need to introduce the idea of the aerodynamic centre of an object. When a wing flies through the air, a number of different forces act on it, like pressure, lift and drag.

These won’t all act at the same point – they might be spread over a large area, like pressure forces, or act away from the centre of the wing.

When forces are applied to an object away from its centre, these forces create “moments” which cause the wing to tilt or tip. If you imagine pushing a cube along on a table, if you pushed in the centre you’d expect it to move in a straight line without turning or tipping.

However, if you applied your force at one side, you’d expect the cube to turn as well as move. This is because you would’ve applied a moment (defined by the equation Moment=Force x Distance from Centre of Mass) as well as a force.

The aerodynamic centre of an object is the location where the moments created by the forces acting on that object are constant, so even if you change the angle of the wing, the moments won’t change.

To counteract this, fuel is pumped from tanks at the front of the plane to tanks at the back, to rebalance the craft. The opposite can be done when the plane slows down, so the fuel can actually be used for stabilising, as well as powering the jet engines.

If you picture Concorde in your head, you imagine a gleaming white aircraft punching through the air.

It turns out that the choice of white paint for the outer surface of Concorde was no coincidence. The white paint was, in fact, a very high reflectivity material, chosen to keep Concorde cool.

As the plane moved through the air at high speed, the friction with air particles caused a heating effect – even the inner walls of the plane became warm to the touch.

The white paint was chosen to help Concorde reflect this heat away from itself. It’s well known that black objects emit and absorb radiation best, while white is the best colour for reflection – this was used to the plane’s advantage in this situation.

There were significant problems with Concorde and its flight, one of which was the “sonic boom” it made. When a plane flies, it pushes on the air in front of its nose and compresses it.

This makes waves of compressed air which travel forward at the speed of sound. However, if the plane is travelling at supersonic speeds, the waves of air are travelling slower than the plane, so new waves get in the way of old ones and they are forced together into a single shock wave.

This fast-moving air can cause damage to buildings, break glass and be loud and startling. This lead to Concorde only being allowed to fly at supersonic speeds over oceans, meaning it only had a small number of routes open to it.

Concorde had its last flight in 2003 and since then supersonic flight has been at a standstill. But China had recently revealed plans for a hypersonic aircraft (hypersonic flight is defined as flight at 5 times the speed of sound).

China’s craft, the I plane, earned its name from its shape – when viewed from the front it looks like a capital letter I, due to its 2 pairs of wings, one on top of the other.

Using two pairs of wings means the plane can create more lift, meaning it has enough upward force to carry more passengers than a single-winged plane would. The second pair of wings can also disrupt the sonic boom waves by redirecting them. So is hypersonic flight the wave of the future?

Nothing can stop the sonic boom shockwaves from being created when you fly above the speed of sound, so these will always remain a problem. However, in an ever-faster-moving and more hurried world, it seems likely that sonic boom will soon just be an unfortunate consequence of our need for speed.

Interested in becoming an expert in Engineering or on the Concorde?

Are you intrigued by the story of the Concorde and wish to know more about how mechanisms work? Attend our award-winning physics summer school programme and learn key theories and concepts in Engineering.