Back
Table of Contents
1 How We Respond To Stress
2 Cultural Transmission
3 The QWERTY Keyboard
4 Advent of Agriculture
5 Human Domestication
6 Evidence for Continuing Evolution
7 Increase in Genetic Variation
7.1 Looking to learn more about evolution or genetic selection?

Human evolution is a subject that I really enjoyed studying in my first year. And the question ‘are humans still evolving’ is one of the common interview questions.

A-levels prepare you well to answer more generalised questions about evolution, but humans are different.

Has culture and technology buffered us from the selection pressures that once drove us to evolve? Are we now stuck in an evolutionary rut? Or will humans evolve further?

When Darwin first described natural selection, he stated that three conditions must be present for selection to take place.

Firstly, variation must be naturally occurring. Secondly, there must be a heritable replicator to transfer the traits between generations.

Finally, there must be a differential “fitness” and, therefore, survival according to inherited traits and interactions with the environment.

The question with humans is: “what is the heritable replicator?” Genes or Culture?

How We Respond To Stress

Our typical understanding of natural selection involves interactions between the natural environment and selection on genetic variation through differences in survival and reproduction.

This is a very slow process that can take thousands of years. There are, however, faster mechanisms than natural selection to deal with this stress.

The fastest way of adapting to new environmental stress would be to adapt the physiology and development of the organism. This can lead to plastic responses to stresses that allow us to accommodate stress during our lifespan.

An example of this includes tanning to protect your skin from UV radiation if you live in a hot country (or even go on holiday). These changes are not heritable but can occur quickly to protect us from immediate stresses.

Cultural transmission describes the passing on of behavioural strategies and inventions to other groups and generations. One individual invents the innovation and it is gradually taken up by others who teach it to their children and so on.

Cultural transmission of information is often thought to be unique to humans, but it is documented among many non-human primates.

Cumulative cultural change on the other hand does seem to be unique to humans. This is when innovations are applied to another invention – i.e. innovation upon innovation passed on to other individuals. Our guide covers quite a few biological and medical innovations that’ll leave your jaw on the floor.

Culture can be both adaptive and non-adaptive. Many functional traits increase efficiency, safety and reproduction and will therefore be transmitted between generations. Other poorly adapted traits can also be passed on.

An example of this is the QWERTY keyboard.

Studies have shown that other keyboards (e.g. the Dvorak keyboard) are much more efficient as a higher percentage of keystrokes take place on the home row.

However, before the invention of the Dvorak keyboard, the QWERTY keyboard was adopted by makers of the typewriter.

Since everyone was used to this way of typing the QWERTY keyboard was later adopted onto almost all computers in the English-speaking world, despite there being much more efficient, faster ways of typing. This is an example of historical contingency. Culture can therefore be adaptive or contingent.

The advent of agriculture was a major turning point in the evolution of humans. It represented a key shift in human control over the environment and led to technological development, industry and population expansion. Humans abandoned their traditional hunter-gatherer culture and lived together in one place while growing crops and keeping cattle.

It also led to the first property ownership, which led to competition and war over land and resources for the first time. There was also a spike in the number of diseases.

The poor hygiene and proximity to the animals led to a number of zoonoses (diseases that can be passed from animals to humans). In contrast, the new diet led to nutritional deficiencies.

However, by increasing the environmental productivity per area of land, agriculture increased fertility and ultimately longevity and health by buffering environmental variation through a surplus of food.

The new stresses produced by this new lifestyle were ultimately alleviated by further cultural development of things like trade networks, exchange and commerce.

The origins or agriculture (it emerged in many places over the world at a similar time) led to the domestication of animals for the first time. Over many generations, almost all animals show similar changes in response to domestication.

Interestingly, these changes also occurred in humans around the time of the adoption of agriculture. Did we possibly manage to self-domesticate ourselves?

While humans are unique in shifting most of our adaptation onto faster “cultural” mechanisms, there is evidence that this is not enough in some cases and leads to residual cultural stress.

There is clear evidence for some evolution since the advent of agriculture.

For example, the allele causing sickle cell anaemia increased in frequency over areas plagued by malaria. They did this as a way of providing some protection to individuals who were heterozygous for this allele.

Related Read: Why Do People Age?

The new culture of growing crops and keeping cattle led humans to start drinking milk. All humans have the enzyme lactase as a baby – this is what allows us to digest our mother’s milk.

Once you stop drinking milk it is normal for this enzyme to stop being produced. However, soon after the new agriculture-driven society was created, a mutation that caused this lactase to persist into adulthood quickly spread throughout Europe.

This lactase persistence allowed humans to break down milk from cows and other animals, creating a new food source that has since been adopted into a wide range of dairy products.

Since the evolution of the first Homo sapiens, the genetic variation within the species has gradually increased.

Genetic variation within a population is beneficial because it increases the likelihood that some people would be able to survive if there was a sudden environmental change.

Analyses of genetic information show that there has been a recent increase in genetic variation in human populations. This might be due to demographic expansion or it could be adaptive evolution.

Interesting Read: Why Do We Need Bacteria?

To consider whether humans are still evolving we need only to ask whether Darwin’s mechanisms are still relevant.

Yes, there is a heritable variation that is distributed across adaptive systems and yes, there are differences in reproduction and survivorship. Our knowledge and control of the world mean that culture can buffer us from most environmental changes and hence there are few selective pressures that act on humans.

Evidence from recent genetic selection suggests that some genes are still under the control of natural selection. The genes that are selected help us to adapt to benefit further from the dietary and ecological changes caused by the cultural change after the origins of agriculture.

Looking to learn more about evolution or genetic selection?

If you’re intrigued by human evolution or if you want to find out more about genetic selection, sign up for our award-winning Summer Schools in Biology where you’ll be provided with deep insights into the science behind life and other varied topics in biology. 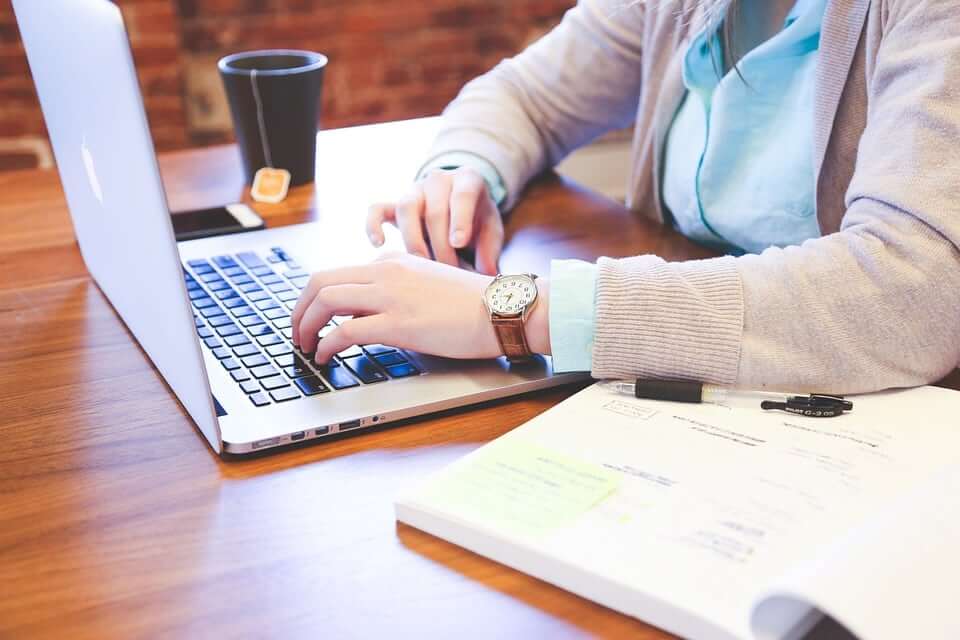 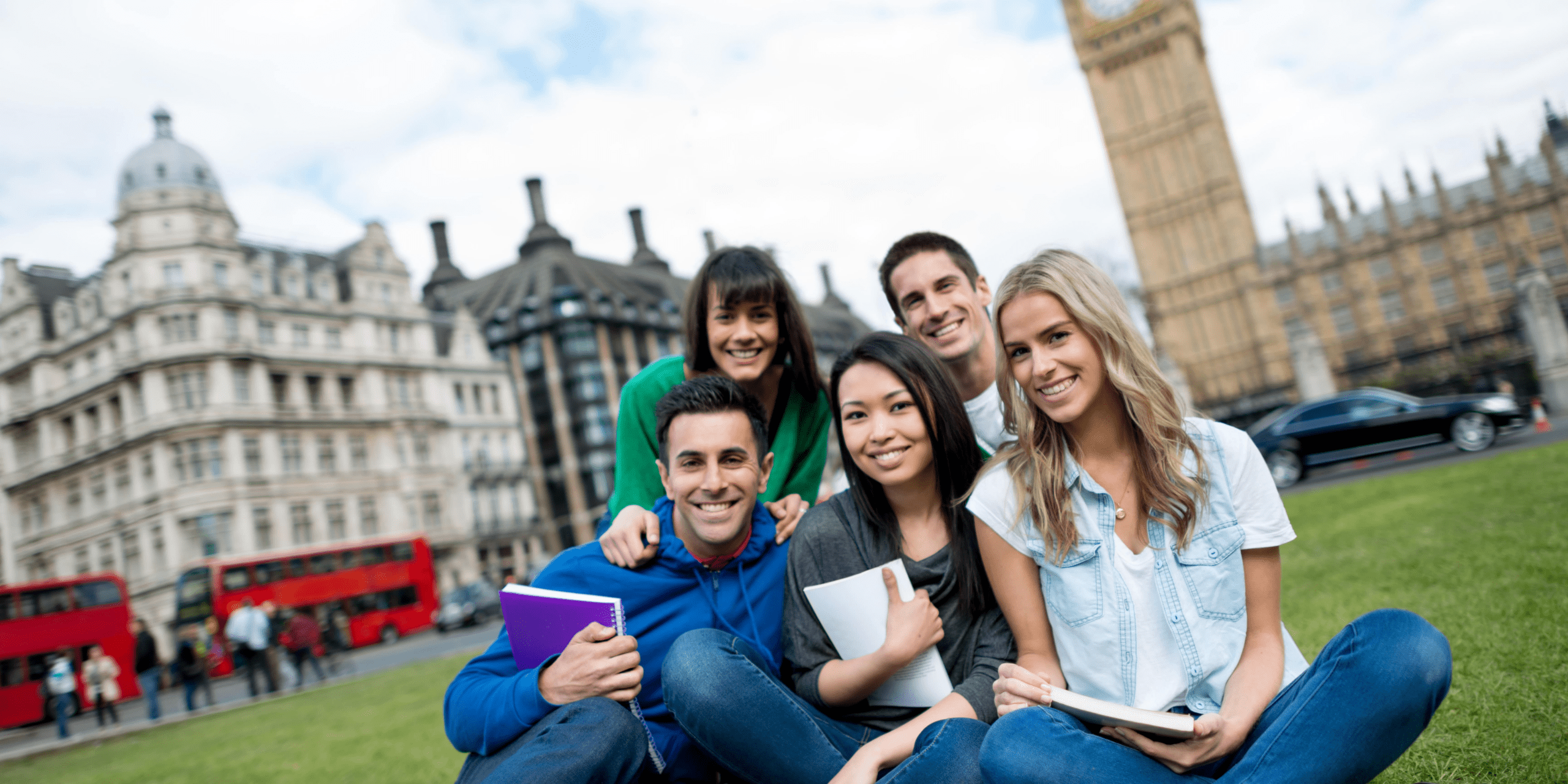 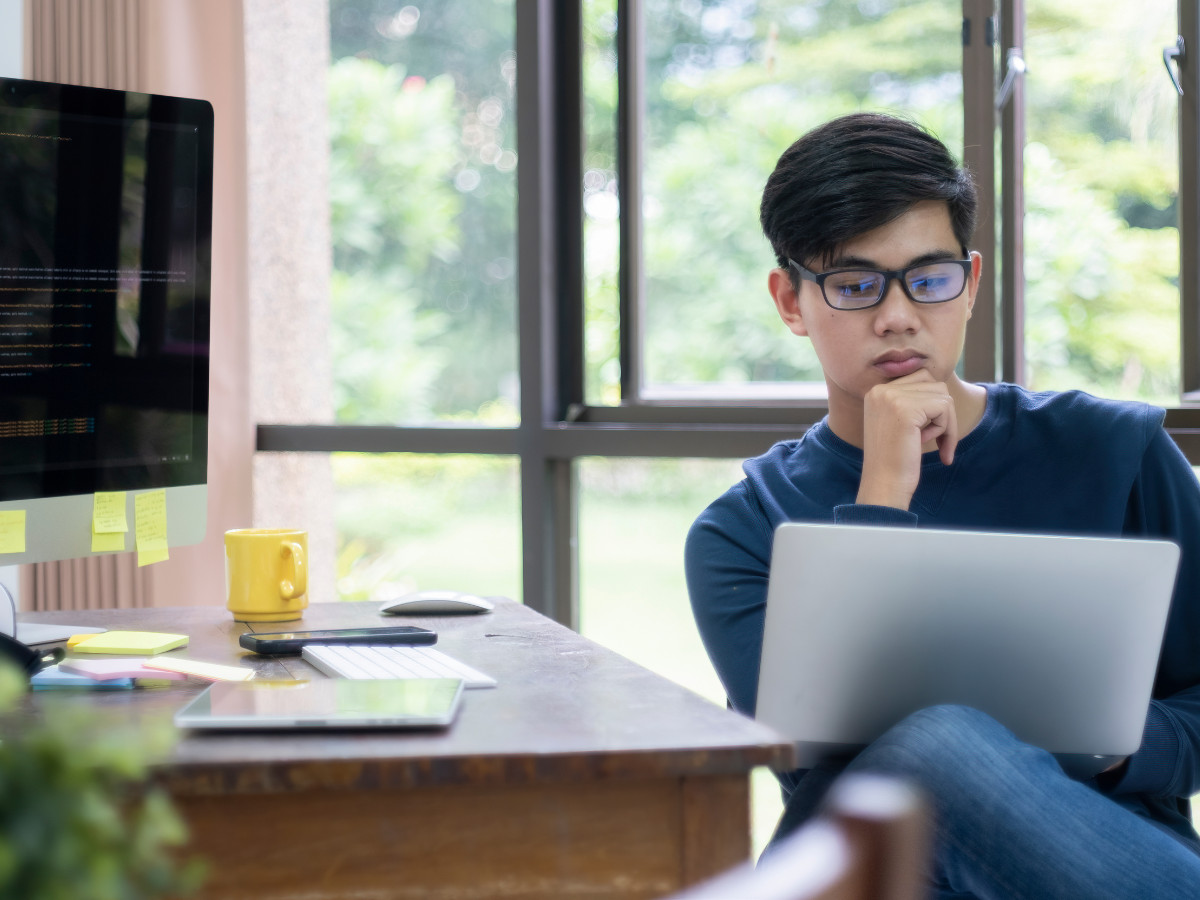 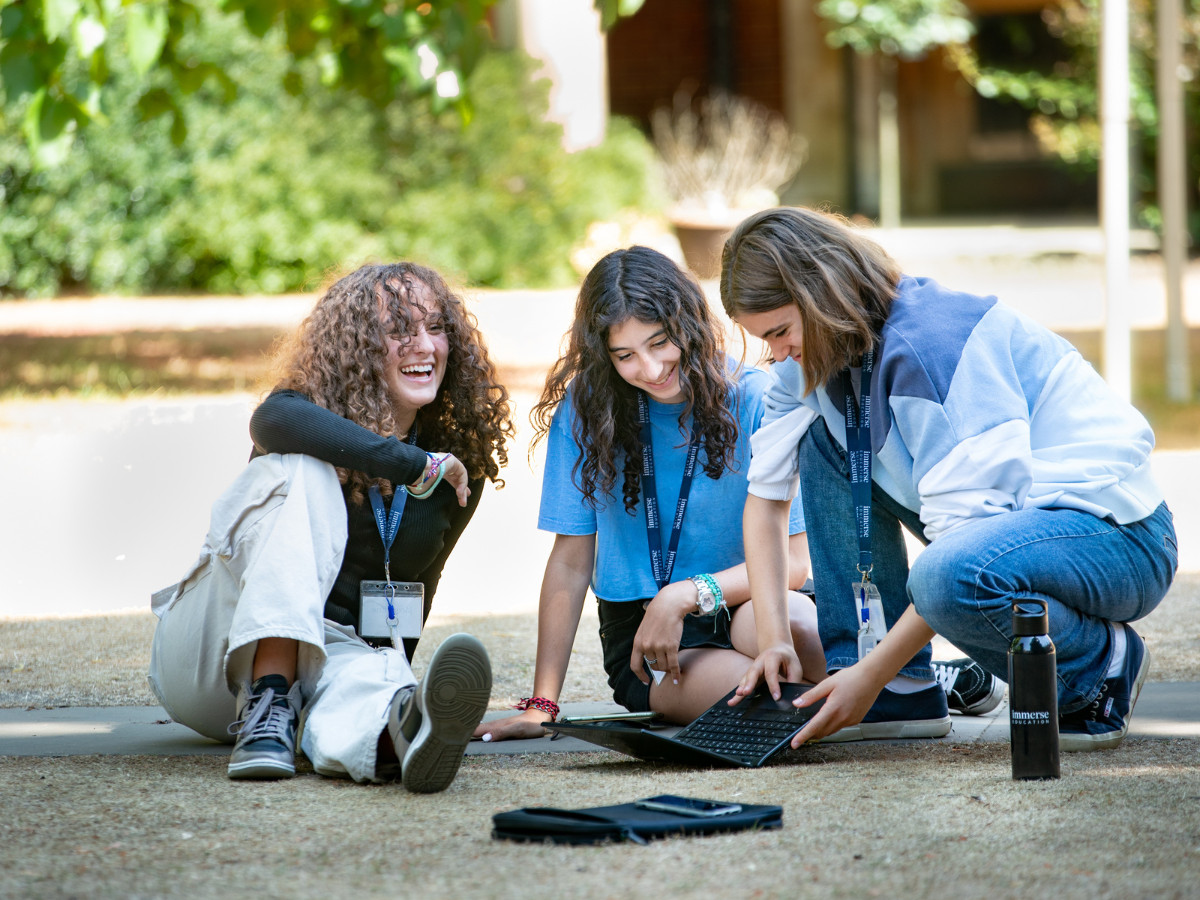 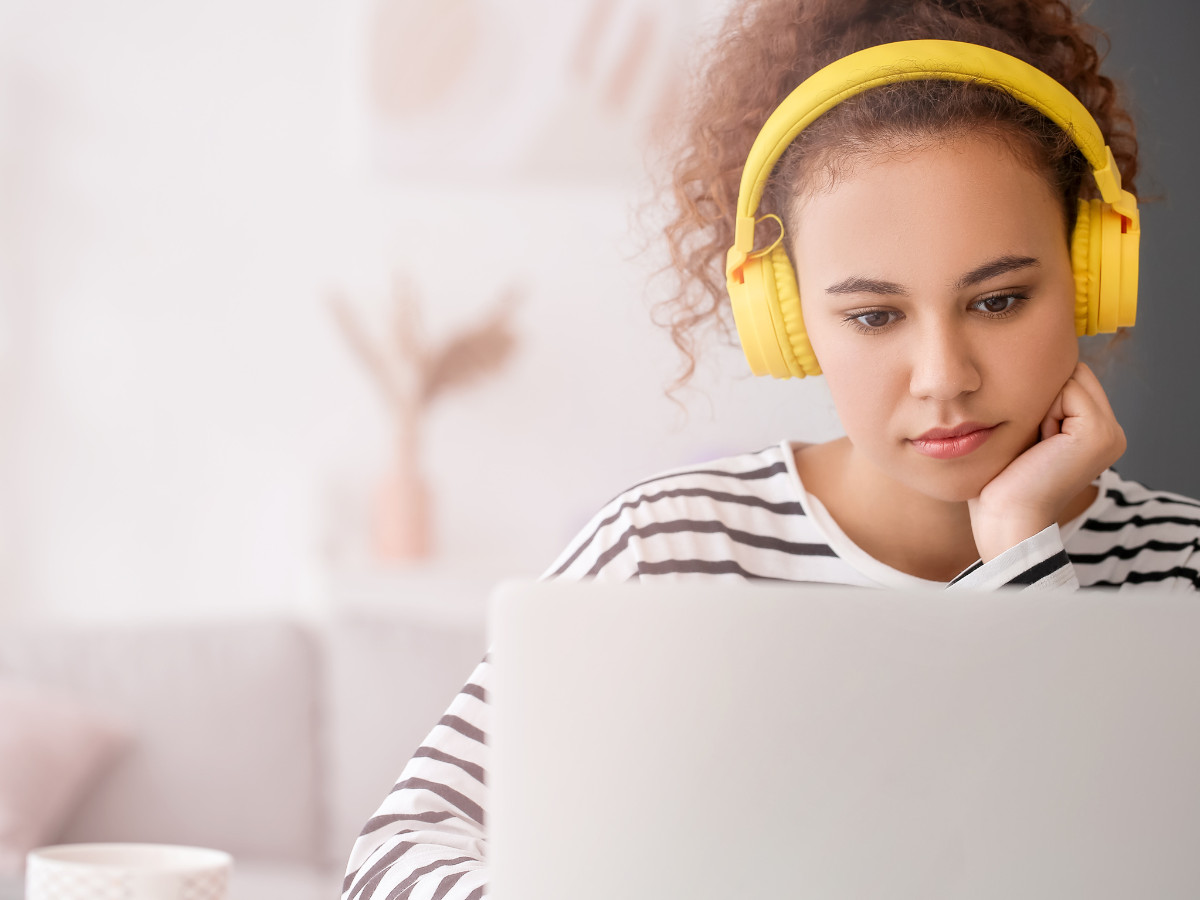