Altruistic behaviour biology (What is it and how has it evolved? 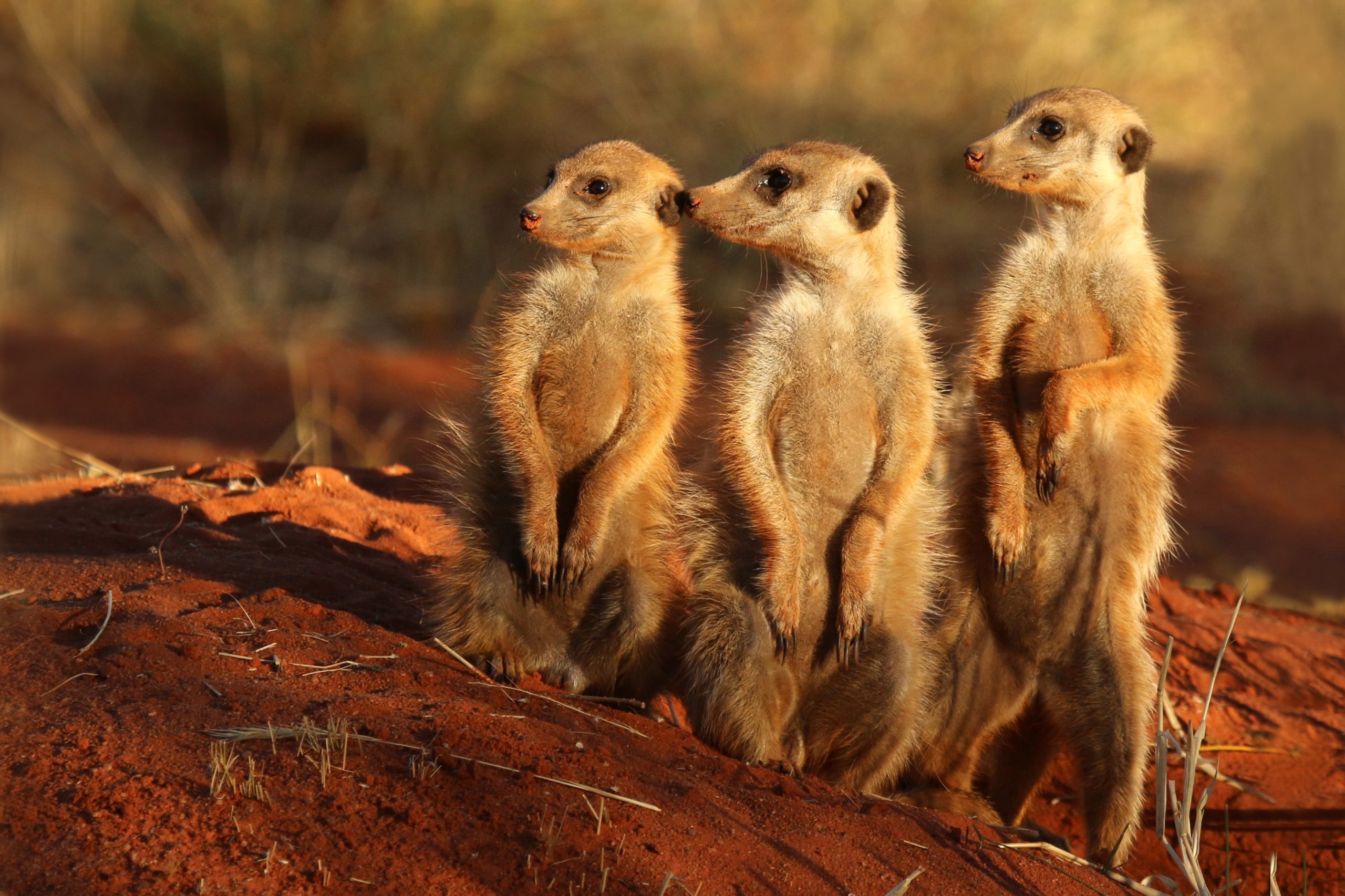 Back
Table of Contents
1 Biology and the Types of Social Interactions
2 Is it a gene thing?
3 Subversion from within
4 The theory of Kin Selection
5 Relatedness
6 Altruism within Bee Colonies
6.1 Looking to learn more about Biology or Evolution?

What is altruistic behaviour biology? And how has it evolved over time?

In evolutionary biology, an organism is said to behave altruistically when its behaviour benefits other organisms, at a cost to itself. The costs and benefits are measured in terms of “reproductive fitness”, or the expected number of offspring.

Take African grey parrots, for example. A recent study revealed that they voluntarily gave the tokens they were trained to exchange for food to parrots that had no tokens. The biologists who conducted this study were surprised when they realized that the parrots seemed to have a genuine understanding of when and why their partners needed their help. They would rarely give the tokens over when the window to exchange them for food was closed.

An altruistic act is one that benefits another at its own expense. This is confusing to many biological scientists because the biological perspective is that the main imperative of life is for genes to replicate themselves as much as possible to increase their frequency in the gene pool, but if this is the case, why would animals act in a way that results in a detriment to themselves?

The question ‘what is altruism in biology’ often comes up. I studied altruism early on in my Evolution and Behaviour model at the University of Cambridge.

At first glance, it appears to go against everything that Natural Selection predicts.

Biology and the Types of Social Interactions

In any given living group, whether that be bears or bees, humans or dogs, there are four main types of social interactions defined in biology which are: cooperation, selfishness, altruism and spite:

Looking at the above table we would expect most organisms only to act in cooperative or selfish ways, as these are the only ways that benefit their survival.

Selfish actions only benefit that individual and have no effect on anyone else. Unsurprisingly, this type of behaviour is very common and includes things such as not sharing food.

Cooperation also has many advantages for an individual. Group hunting can be more effective than individual hunting and therefore result in a higher food yield per individual.

Living in a larger group causes what is called “the dilution effect”. This describes how being in a large group reduces the chance that a predator will catch an individual. Additionally, living with a larger group increases the vigilance in watching for predators.

However, this only really helps if the organism that spots the predator alerts the others, which can be considered an altruistic act as it calls attention to itself and so is more likely to be targeted by the predator.

A good example of this is in meerkat groups where adults will stand-watch at higher vantage points on their hind legs and alert the rest of the group if they see a predator.

Is it a gene thing?

If we consider altruistic acts at the level of an individual, it can be hard to determine how altruism has evolved in the natural world. Where there is one altruist in a group of selfish animals, the altruist would be at a disadvantage because helping others does not necessarily result in help being returned, and may even result in their imminent death.

However, in a primarily altruistic group, a selfish individual would have an advantage over the others as they may be the recipient of altruistic acts but not return them. This means that they would have higher reproductive success and as a result, the allele for selfish acts would rapidly increase in frequency within the gene pool.

In Vervet monkey populations, monkeys will sound an alarm call to warn others of the presence of a predator – this is an altruistic act as it calls more attention to themselves – making them more likely to be targeted by the predator.

Surely a monkey with a selfish trait that did not warn the others would be at an advantage as it would be able to escape quietly, while the predator targeted the others? This was described by Darwin as “subversion from within” as any altruistic group will eventually give rise to a selfish individual which will be at an advantage and therefore increase the frequency of that selfish gene.

At the level of the group, however, it is possible to see that groups that contain all, or primarily altruists, would have an advantage over selfish groups in bad years when food is scarce.

As a result, the selfish groups might all die, leaving a greater proportion of altruists in the population. However, in good years selfish groups will do better than altruists as they can put all of their resources towards producing as many offspring as possible.

The theory of Kin Selection

Darwin proposed a theory for the evolution of altruism that suggested that although self-sacrificial behaviour is disadvantageous to an individual, it might still be beneficial to the group.

On its own, Darwin’s theory does not seem sufficient to explain the evolution of something that seems like such a paradox to natural selection.

In 1964 Bill Hamilton published his theory of “kin selection” – also called inclusive fitness. If we consider the term “fitness” to mean the number of copies of a gene you cause to be passed on to the next generation, we can see that as relatives we are likely to share some of the same genes, which may be beneficial to help our relatives, as well as ourselves, reproduce.

So in theory, by helping close relatives, you can increase the total number of copies of your genes that are passed on to the next generation.

If we imagine a gene that increased the likelihood of an organism acting in an altruistic way such as sharing food with everyone it came across, that would provide no advantage.

However, if that organism only shared food with its relatives and that extra food helped them to increase their reproductive success then we can see how an altruistic allele could increase in frequency in a population.

This theory does not rely on an organism being able to recognise its relatives as in social populations relatives will normally live close together.

Cuckoos have evolved to exploit this lack of ability to recognise who is actually related to them, as they lay their eggs in Dunnock nests.

At first, seeing a dunnock feeding and looking after a cuckoo chick might seem like an altruistic act on the part of the dunnock. But in fact, this is simply because the dunnock does not recognise that the cuckoo egg is not one of their own – even when the cuckoo chick hatches first and pushes the other eggs out of the nest.

Hamilton’s Rule defines the conditions under which a gene promoting altruism would increase in frequency in the population:

Where A is the altruist and B is the beneficiary:

If A helps B, A will suffer the cost of decreasing the number of offspring it has but B will benefit and have more offspring than it would have done without A’s help.

If B is closely related to A, then B’s benefit will also benefit A since they share some of the same genes.

Relatedness is the probability that one gene in an individual is an identical copy, by the descent of a gene in another individual. This will, therefore, be higher in siblings (a 50% chance of sharing the same gene) than in cousins (a 12.5% chance of sharing the same gene). If the inequality described by Hamilton’s rule is met, then it is evolutionarily beneficial for A to help B at A’s own expense.

For example, within bee colonies, sterile worker bees spend their lives looking after the queen bee, as this is the best way for them to try and ensure some of their genes get passed on since they cannot reproduce themselves.

Worker bees have stings and will attack predators that get too close to their nest – in stinging the predator, the barb gets stuck in the predator and the bee dies. The evolution of this suicidal behaviour only makes sense if we consider that the nest is full of that bee’s relatives and in protecting them they will be able to reproduce to offspring with copies of the same gene as the worker ant.

This shows that altruistic behaviour is not the paradox of natural selection it seems. If we consider kin selection, we can see that the organisms still act in a way to maximise the presence of an allele in a population.

The conditions for the spread of an altruistic gene are given by Hamilton’s rule and when this inequality is met it is beneficial for an individual to behave altruistically towards the other – this explains the different levels of altruistic behaviour shown to different relatives.

John Haldane once said, “I would gladly lay down my life for two brothers or eight cousins.”

Looking to learn more about Biology or Evolution?

Does the science behind life and evolution fascinate you? Sign up for our award-winning Biology Summer Schools, where you will delve deep into topics like DNA, RNA, cell theory, and much more.

How To Revise Chemistry A-Level: 6 Tips To Nail It!

How to revise chemistry A-Level? You wonder as you panic about your upcoming exam. You want to get that A, but you’re not sure how.  It’s no secret that Chemistry is notoriously difficult to revise. Given that there’s so much information to remember. Plus, you have to figure out formulas and how and when to […]

How To Revise English Literature A Level?

What is A-Level Psychology like? You wonder as you plan what A-Levels will best suit your future goals. It’s wise for you to ask such a question. Given that university options depend on your A-Level choices. What work is involved in A-Level Psychology? Is it hard? Will the topics be interesting? Worry not! As we’ll […]

You want to start creative writing but how? It’s hard to be creative on demand. Most people need some inspiration or a push in the right direction. That’s why we teach our Creative Writing summer course students various techniques to conquer their fear of the blank page.  And we’ve put together a stimulating list of […]

How Hard Is Physics A Level?

How hard is physics a-level? Is it harder than maths, or what about the other sciences like chemistry and biology?  Most students decide whether or not to take a subject based on how hard they think it will be. However, this isn’t always the best way to make your decision because “hard” subjects might better […]