How To Work In A Group Effectively? (8 Tips For STUDENTS) 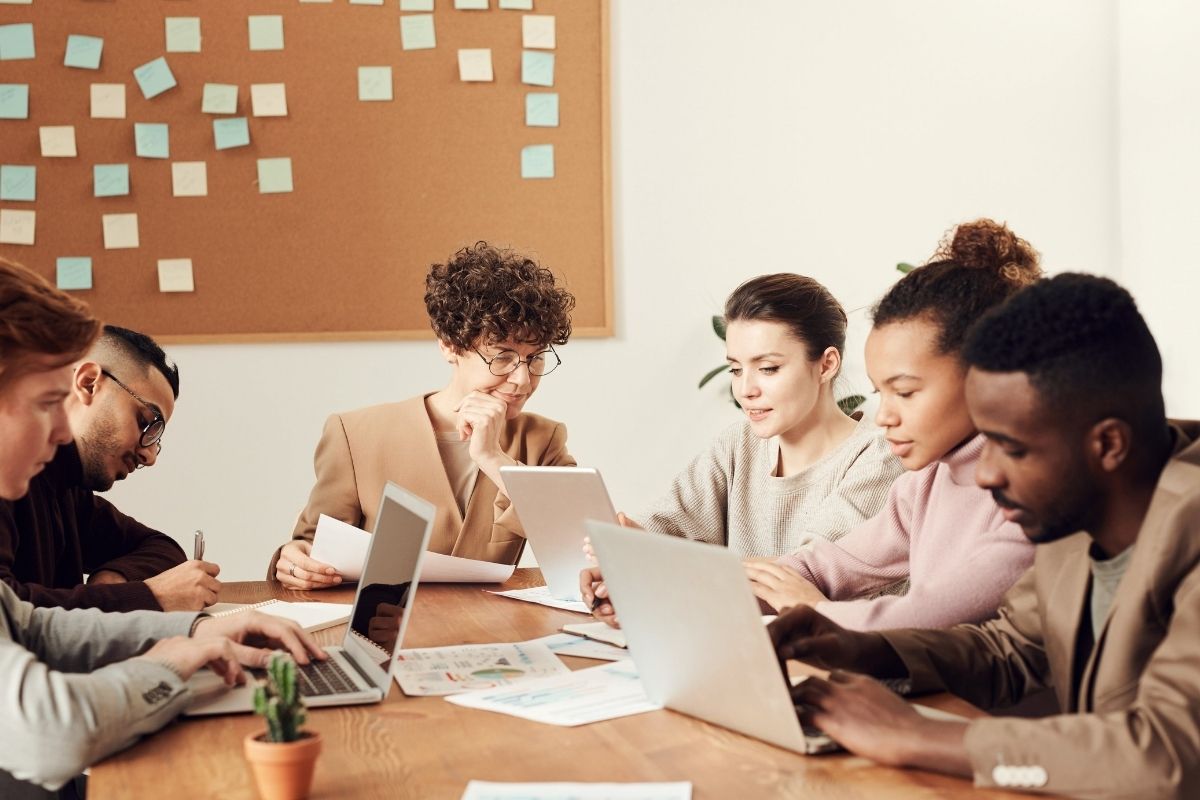 Update: This post was updated on 19th October 2021 to improve formatting and include a new section on effective group work.

Are you going to university and wondering how to work in a group effectively?

Of all the complaints and horror stories you might hear (or share) about the university experience, one of the most common is the experience of working together with a group of your peers to complete a class project.

Working in a group can be a trying experience, to say the least, and there are endless reasons why one might genuinely prefer undergoing root canal work rather than enduring it.

Whatever the reason, the chances of everything going swimmingly are generally not high. And things only become more stressful when you consider the effect that a sub-par outcome could have on your grade, possibly through no fault of your own.

Learn how to deal with stress for students.

Like everything else, though, there are ways to navigate the shark-infested waters of the group project without losing too many limbs. Here are eight tips to help you along.

If the makeup of your group is not one that lends itself to working by consensus (and this should be quite obvious from the start), it’s generally best to have one member take the lead on the project.

At the very least, it prevents a lot of time lost while the entire group struggles to agree on something.

In a professional setting, the leader would generally be assigned that role going in. In school, however, it falls on the group to sort things out.

Often, one member of the group will seize the leadership role with no discussion.

This can be fine if that person just happens to be a skilled and efficient leader, or not so fine if they simply enjoy telling people what to do.

Another possibility is that the entire group will sit around the table staring at each other as they wait for someone else to volunteer. Or things can devolve into an endless power struggle from which only the strongest emerge unscathed.

Whatever the makeup of your group it is important to at least have one member coordinate the activity of the group as a whole, even if they don’t assume the actual mantle of leadership.

Choosing a leader can speed things along as it becomes necessary for the group to make decisions, but an appointed coordinator will, at the very least, aid in preventing redundancy as tasks are divided, assigned, and completed.

They can also be the final checkpoint to make sure nothing is overlooked when everything is combined into the final product.

Speaking of dividing tasks, it is, of course, obvious when working in a group that the overall task will need to be broken up into smaller tasks for the various members of the team to carry out. It’s probably best not to do so randomly, however.

Related Read: How To Stay Focussed Whilst Studying?

Different group members have different strengths and abilities. Take the time to learn a bit about each member of your group.

Your project will come together much more efficiently if you tailor the distribution of tasks to the specific talents and abilities of each group member.

Of course, it does little good to divide the tasks if everyone waits til the last minute to get things done. The efficient planning of your time is important whether you’re working in a group or by yourself.

Take the time while dividing up the work to determine in which order the tasks need to be accomplished and lay out a precise timeline for everyone to follow.

But what if not everyone follows your brilliant timeline? Unfortunately, when working with a group, you can pretty much count on this to be the case.

You May Like: How To Deal With A Lot Of Homework?

Some members will complete their work immediately, and others will wait til the last moment. In the case of the latter, it’s probably a good idea to build some extra time into the process.

Think about that friend who’s always a half-hour late to any engagement.

How do you handle them? Perhaps, when you’re planning to attend a 7pm movie, you tell them that it begins at 6:30?

You can rely on a variant of this strategy in this case as well. If your project is due in a month, arrange your timeline in order to finish it in three weeks.

This isn’t just for the procrastinators. In all endeavours, life happens, and when unexpected events get in the way, it’s always best to have a cushion to soften the blow and keep things on track.

And don’t forget to build time into your schedule for any group meetings that might be necessary to put everyone’s work together and make any adjustments that may be required should anyone be falling behind.

Just as everyone has their own strengths and talents, each member of your group will also likely have their own idea as to what should be done and when.

To avoid any potential conflict or misunderstandings, take some time at each group meeting to discuss the main goal of the meeting and resolve any differences of opinion. Determine what each member of the group hopes to accomplish and establish a plan of action so that everyone is on the same page.

If there is disagreement as to the main goal of the meeting, spend some time working together to define that goal through techniques such as concept mapping or general brainstorming.

It goes without saying that, if your group doesn’t share the same goal, you’ll have a hard time accomplishing any goal at all.

5. But Don’t Fall Victim to Groupthink

Don’t make the mistake of thinking that, just because you’re working in a group, you must conform at all costs.

Groupthink happens when decisions are made by a group despite the fact that the individual members of that group would never make the same decision themselves, falling in line with what they believe the group as a whole is thinking and changing their opinions in order to conform.

It’s important that, if you hold an opinion contrary to what the group has decided, you voice your concerns (and make it clear that others can do so as well).

The point of working as a group as opposed to working on your own is to capitalize on the differing skills and perspectives of each member of the group. If those perspectives are quashed in an effort to “go along,” the advantage of a group effort is lost.

No amount of discussion or brainstorming or planning will amount to anything if the members of your group aren’t listening to each other.

This seems obvious, once stated, but you’d be surprised how often people think they’re listening when they’re actually just hearing what they want or expect to hear.

Active listening doesn’t just mean paying closer attention to the speaker, although that’s certainly a part of it. Active listening means also resisting the urge to interrupt, and most importantly, repeating a paraphrased version of what was said and asking the speaker if what you think you heard is correct.

The goal, of course, is improved communication. But, by re-phrasing what was said and asking the speaker to verify it, you can often achieve the added benefit of giving the speaker a chance to clarify their thoughts and perhaps allowing them to supply a more nuanced reply.

This is important for obvious reasons.

When working together in a group, it’s important to keep in contact, and with the wide variety of technology out there, including Skype, Google Hangouts, text, email, and good, old-fashioned telephones, there’s no excuse not to, so take the bit of time necessary at your first meeting to collect the appropriate information and then appoint someone to compile it and distribute it electronically to the group.

Another way in which Google is your friend, where group projects are concerned, is with their Google Drive and Docs products which allow real-time sharing and collaboration between two or more individuals without ever having to be in the same room.

8. Be Aware of Personality Differences

To put it as simply as possible, more extroverted people process things verbally.

They like to give immediate voice to their ideas and kick them around with others. They thrive in meeting/brainstorming situations.

More introverted brains, on the other hand, process things internally. They prefer to wait until they have fully considered a topic before sharing an opinion with the rest of the group.

Because of this basic difference in neurological wiring, those who fall into the introverted camp can often seem detached or uninterested during meetings.

Since they may sit through an entire session without opening their mouths at all, one would be forgiven for thinking that they have no ideas at all (or that they are just not interested).

But by encouraging all members of the group to share any additional ideas via one of the above media, you’ll be surprised how much these introverts have to contribute. They just require a bit more time to fully form their ideas before sharing them. Extroverts prefer to form their ideas in the open.

Despite the potential trials and tribulations of working in a group, it is an important skill to master.

While it’s possible you will end up in the kind of job that allows you to work on your own, or that you’ll be self-employed, even in these cases there are sure to be times in your adult life when you’ll be forced to work and play well with others in pursuit of a common goal.

Hopefully, these tips will help you have an easier go of it.