What Does Medical School Entail? 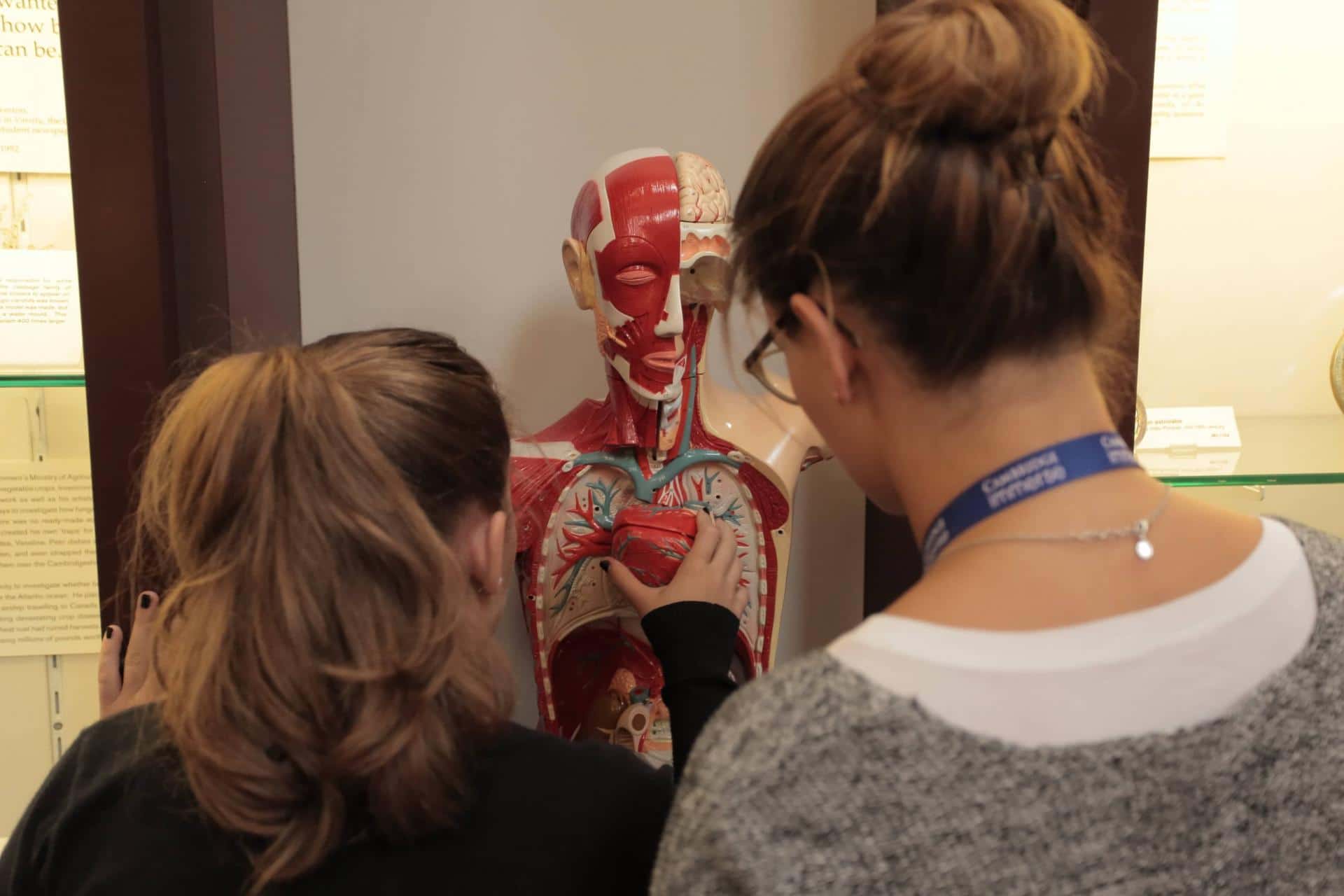 Back
Table of Contents
1 With Great Power
2 Comes Crushing Reality
3 Before the Clarity
4 So, What’s It Like Then?
4.1 Looking to learn Medicine in the UK?

I like to imagine that if we found life in some far-flung corner of our solar system, we would attempt to extrapolate an entire biosphere, evolving across the aeons, based on the Europan equivalent of the common cold.

As a lone medical student, I empathise with that alien pathogen since I’m now partly responsible for how you’ll perceive my degree, profession and colleagues.

In light of that, I should say that my experiences won’t reflect those of all medical students in Cambridge, the UK or the world. Universities vary, countries vary and, most importantly, people vary in how they approach this challenging, fun and beautifully mad degree.

And I don’t think I truly grasped how mad it was until the induction in my first year at Cambridge.

Early in Michaelmas term, before any actual learning had begun, all the baby medics toddled down to the School of Clinical Medicine, dwarfed beside the hulking mass of Sir John Addenbrooke’s hospital. Nervously seated in a subterranean lecture theatre, named for Sir William Harvey, we took in the talks that followed.

We heard doctors and the Clinical Dean. Even the Regius Professor of Physic, appointed by Her Majesty herself. Each figure impressed upon us the great privilege that this profession would afford us and the responsibility we must show to earn, honour and wield that privilege for the good of our patients.

Here was that noble order of healers I had hoped to join. Humanity’s route out of pain and away from death. A few more years in that fragile orbit about that dark sun. We all know that gravity will win, outlasting every orbit, just as death will take us all when we flag and wane.

But the medics and the surgeons see this inexorable fall and say “No.”

I was ready to become that lifeline, in pursuit of this cosmic, nay, holy calling. I would learn, I would grow, I would –

… Snooze my alarm seven times before deciding that an 8:45am pharmacology lecture just wasn’t worth it.

At Cambridge, the medical student’s natural habitat is the library for the first three years. “Patient” becomes synonymous with “unicorn”, and we seldom saw that privilege.

In all honesty, I wasn’t even sure what that mystical medical privilege really was. And it didn’t matter. Not when these exams were very, very easy to fail.

Yet, with no privilege in sight, the responsibility was ever present. Any undergraduate debauchery had to be kept away from social media, any strong political leanings had to be thoroughly edited before entering a public arena.

Academic life became an endless parade of arbitrary facts. Drugs we don’t use. Muscles we don’t care about. Rats in heat. Of course, cadaveric dissection in anatomy was sublime and the practical experiments were great for understanding, but there was still a disconnect.

Outwardly, we all had to look the part of the medic. But inwardly, I didn’t feel like one. I felt like a scientist. A very tired, very aimless, young scientist.

All the early mornings, the rote memorisation, the in-depth exploration of scientific concepts. All of it, was designed (perhaps not perfectly) to make pretending to be a doctor as familiar as possible.

Because, in years four to six, that’s what we do. We pretend to be doctors for long enough that we become them. The only difference is that we now learn things that we can use with patients, and we already understand why they work. At least at some level.

I honestly don’t remember everything they taught me – but those three years instilled me with almost instinctive confidence that I will quickly understand a medical concept if briefly explained.

When you’re in a consultation room with a patient, you’re not a stranger to them. For a few minutes, you are their doctor, degree or not. And that trust in your good intentions, that belief in your ability – that’s the privilege. You’re granted a window, oh so many windows, into the lives of countless people.

Their stories are never alike, their voices are so colourful and the times they recall are so vivid that you can live a dozen, dazzling lives in a single day.

And it all starts by asking where it hurts.

Medicine is hard. Of course, it is – there’s a reason our stereotype complains all the time!

But if you can fight your way through the slog with your sanity and goodness intact, it’ll be worth it in the end. After all this time, I’ve kept that romanticised view of medicine that I had way back when I applied to university. It’s more than being “clever”, it’s about holding onto who you are and what you believe. If you’re strong enough to do that, you’ll do just fine.

And if the portrait I painted of my first three years sounds a little scary – remember that Cambridge is very traditional, and many other universities throw patients at you from day one. As I said at the start, this is just how it went for me. It doesn’t have to be exactly the same for you.

Personally, I’ve had a challenging four years in this subject, but I have no regrets and I’m really excited to see which corner of medicine I’ll carve out as my own.

If you care about people, love science and don’t mind feeling underpaid, consider medicine. Money’s not everything. You can buy some nice stuff in the reduced section at Tesco, and bargain hunting at charity shops is a really fun way to spend your weekends. And you can make such a huge difference in the lives of people, families and communities.

Be a doctor. Just do it, you’ll thank me later.

(I do accept gift cards)

Looking to learn Medicine in the UK?

Are you an EU or a Non-EU student looking to learn Medicine in the UK? Sign up for our award-winning High School Student Medical Summer Course where you will learn about the latest advancements in the field of Medicine and expand your knowledge and skills in anatomy and biology.

What You Didn’t Know About Applying For University In Australia?