What is Punting in Cambridge: Everything You Should Know 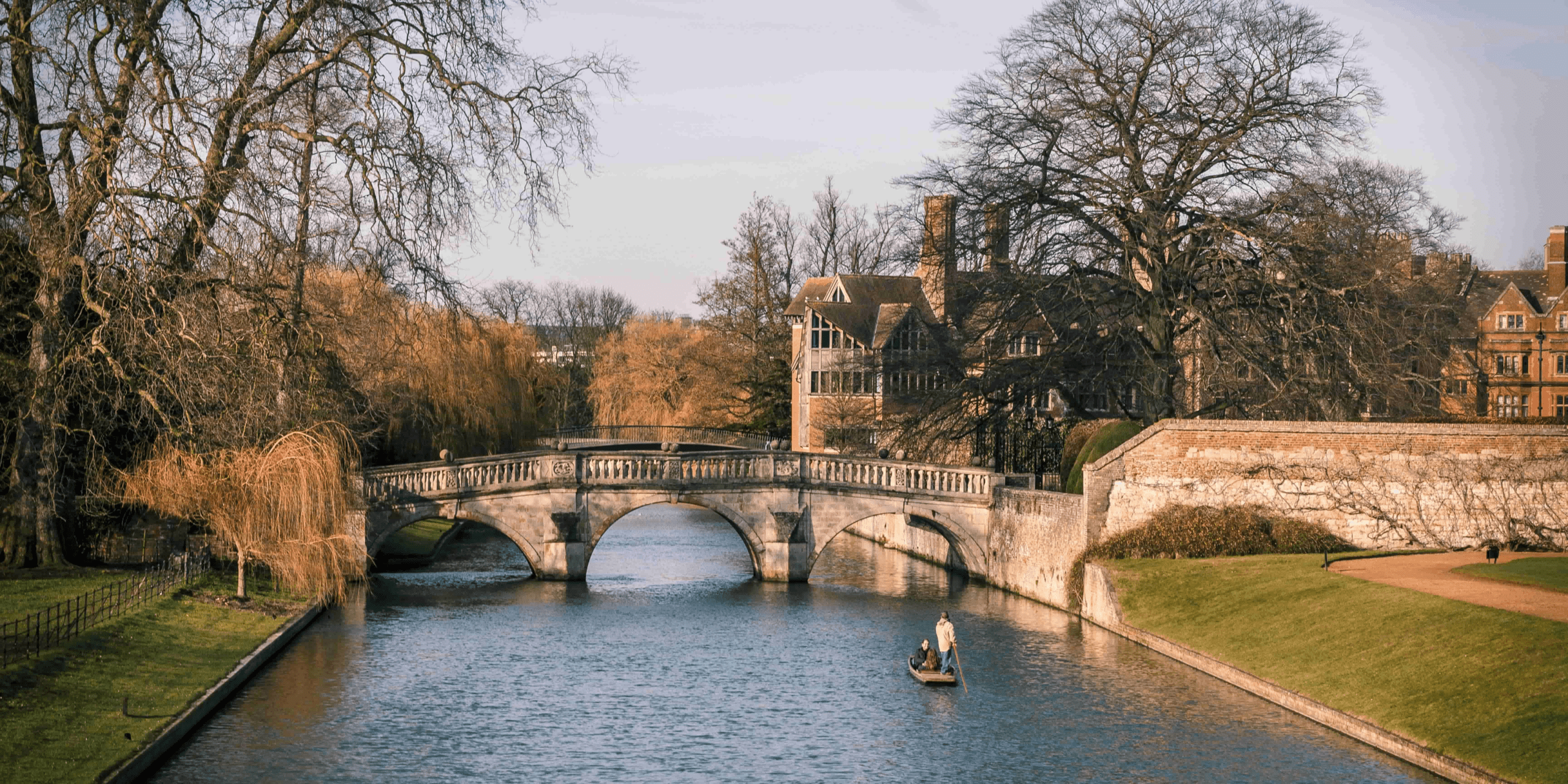 Back
Table of Contents
1 The History of Punting
2 When Should You Try Punting
2.1 Springtime Punting
2.2 Summertime Punting
2.3 Autumn Punting
2.4 Winter Punting
3 Choosing a Boat With or Without a Punter
4 Lower Versus Upper River

If you’re planning on visiting England, one of the most iconic tourist experiences is punting in Cambridge. This serene boat ride along the River Cam is definitely something you should check out, and this guide will acquaint you with everything you need to know.

In our summer courses in Cambridge University colleges we take our students on both a self-punt and normal punt trip – but we’re always asked ‘what is punting?’ So, we thought we’d piece together this guide as – well – we’ve been on 100’s of punts and listened to the tour guides a similar number of times!

Punting in Cambridge refers to an overtly peaceful ride on long wooden boats pushed along the river with long wooden poles.

The ride along the University grounds is renowned, and you’ve probably seen it in countless movies and photographs.

But, to fully experience everything that punting in Cambridge has to offer, a couple of factors need to be considered.

Before we dive in, let’s briefly check out the history of punting.

The History of Punting

Punting refers to riding on a flat-bottom boat (known as a punt), which a person pushes, usually referred to as a punter.

The punter is in charge of pushing the boat along the river, and a long wooden pole accomplishes this. Punts are reasonably similar to Venetian gondolas, although there are some differences between the two.

Punts originally had the purpose of carrying goods along rivers that were way too shallow for traditional boats. When river trade subsided at the beginning of the 20th century, this change paved the way for the recreational use of punt boats.

Over time, punting on the river Cam gradually became a crucial cultural segment in the Cambridge area and remains one of the most popular activities.

Punting owes its popularity to two important factors. The area where punting happens is one of the most important cultural locations in the UK, and secondly, the breathtaking beauty of this area is truly a sight to behold.

Punting in Cambridge is divided into two separate sections of the River Cam. One tour glides along the upper river, while the other covers the lower part.

Even though both punting tours take place on the same river, the overall experience is completely different, which we’ll cover in greater detail later in this guide.

Another reason why punting is so prevalent in Cambridge is because the boat ride is the only way to see many hidden parts of the town, as they are generally closed to visitors.

When Should You Try Punting

Punting in Cambridge is a beautiful experience in all seasons, but each period has pros and cons.

The only thing that can truly ruin your punting experience is heavy rainfall, but other than that, punting tours are available year-round.

We’re now going to check out the advantages and disadvantages for each season.

Punting during spring is an excellent choice, as the temperatures are relatively warm, and most of the days, it’s reasonably sunny without rainfall.

As for the crowds, the River Cam can get somewhat busy (especially on the weekends) during springtime, but it’s still manageable. The prices are also significantly lower when compared to the summer punting season.

Punting during summertime definitely isn’t for the faint of heart, as it tends to get really crowded.

If it’s an incredibly crowded weekend, you can expect a ton of punts cruising on the river, crashing into each other and people falling overboard.

If you want your punting experience to be peaceful, make sure to avoid summer weekends and opt-out for a workday, but if you’re looking for a bit of water mayhem, weekends will suit you just fine.

Since the entire Cambridge area is completely enveloped in vegetation, the autumn colours offer truly majestic and magical scenery.

A great thing about punting in autumn is that it’s much less crowded than summer, but since the weather is much less predictable, make sure to pick a beautiful day before you book your tour.

Similarly to autumn, the experience of punting in Cambridge while everything is covered in snow is absolutely stunning.

There are also much fewer people compared to other seasons, which creates a serene and tranquil atmosphere. But, if you’re sensitive to cold, make sure to dress appropriately and book a tour with a punter.

Related Read: What Is The Mathematical Bridge In Cambridge?

To conclude, if you’d like to avoid large crowds it’s always advisable to steer clear from weekends and holidays.

Work or weekdays are a much safer option if you’re looking for a peaceful and relaxing punting, and you should note that it’s usually most crowded from about 12 pm to 4 pm.

Punting is typically performed only during daylight hours, although it’s sometimes possible to book an evening appointment if you work out a special arrangement with your punter.

Punting during summer is usually very crowded, so it’s generally smarter to go during either spring or autumn.

As we already mentioned, winter punting also has its unique appeal, but can be too cold for some people.

Choosing a Boat With or Without a Punter

If you decide to rent a punt without a punter (driver), you are free to glide at your own leisurely pace, and this also allows you to take some rad photos of you guiding the punt.

But, the downside of being your own chauffeur is that it’s not as easy as it looks, especially if the river is crowded.

Some people have a natural knack for it, while others fail miserably and frequently fall in the water. So, if you don’t feel too confident about being a punter, it’s probably better to leave it to the professionals.

Related Read: How Many Colleges In Cambridge?

On the other hand, if you decide to ride on a punt with a chauffeur, you won’t have to worry about embarrassing yourself, and you’ll also get to hear about the rich history of Cambridge and punting from your guide.

Rides with punters (chauffeurs) typically last for about 45~60 minutes, and they are usually done on boats with 12 seats.

As we previously mentioned, punting in Cambridge is divided into two separate tours: punting in lower Cam and punting in upper Cam.

Even though they might seem similar at first glance, these tours are quite different.

The lower part of the River Cam is a more popular option. The tour goes through the actual Cambridge University and covers all essential sights, including Trinity College, Bridge of Sighs and Kings College Chapel.

Since some of these architectural monuments date from the 14th century, viewing them from a punt is definitely an outstanding experience.

The downside of the lower river is that it can get incredibly crowded, especially during the summer.

The views of tidy meadows and pastoral Cambridge-adjacent villages make the upper river punt ride better suited for a peaceful experience. This ride is also a much better option for anyone who wants to try chauffeuring a punt.